Where is the JUSTICE for the Baja Mexicano Trophy Truck Pilots and Teams?

"I have one doubts very great and I believe that here those that are running and have participated in some event of Score International can help me, not if it is reason for disqualification in a race, if a competitor escapes to another one in a highway section, for example in the exit of the Tule until the entrance to Fat Stones, like when it is put in risk to vehicles of civilians when escaping in double sense and near a curve. If it is thus also it has to do that it is making in fact SCORE and Sal Fish next to Rally Track with the famous black small boxes, since in happened Low the 1000 Robby Gordon I exceed to "May" Flowers in that section, there is video and it soon leaves all that in the one Cactus Films, like Rum Whitton did the same, when seeing that these two pilots did it, the Mexican does the same, who would be also the same error that the others, but I say, clearing that it is Robby, if it is disqualification, I also believe that Score passage by high that and for Whitton. Or they are many that are done the Mexicans to him and the more in the class it reigns of the Off-Road to the Mexicans, in this case one is possible to be decided Juan Carlos Ibarra in Loss 500 2004 when it was disqualified to exceed in highway its rivals, something that the pilot recognized, but who almost the majority did, including the champion Alan Pflueger of that joust, where the rules of Score are then, or rather they are for totally favoring to the Americans and the Mexicans, clearing to Gustavo Vildósola, that is the one that has the more prestige and money and that if it is taken into account by the gueros, no thus the others to those who pilots like Rob MacCachren, Ed and Tim Herbst, Robby Gordon, Josh Baldwin, to mention some cases have turned around them the face or they have left them with the hand in the air, continues existing racism in the Baja races and the bad thing are that it is also being seen on the part of SCORE, consists that to me, to the Mexicans do not give the same treatment them in the Trophys. Perhaps because they are not owners of casinos, because they do not have good American accent or because they know that in spite of not having resources in units such, pits and helicopteros, exist or several roosters that are not scared to them and that has humiliated them in more than an occasion, it would enchant me to know if it is or no, reason for a disqualification, like to see the fans who think of which I have seen, I am not inventing it and many Baja Mexicano runners of other classes will not let to me lie."

Another view: "I think that senor Mix said it very clear... you must do a protest (in writing) at the end of the race 1-hour before the results are published Not-officials. the protest is made in writing and Director appears to the "Race" before the "Competition Review Board" (CRB) so that he is examined and takes desicion FINAL. Please they review "OFF ROAD RACING RULES AND REGULATIONS" of SCORE. to be but exact THEY READ rule GP1 COMPLETELY so that they take off of doubts... of another way does not come anything. so stop being "nationalistic" of that Mexican and the gringos bla bla bla. they must present/display tests (photos, video, nera box, eyewitnesses) so that the protest is been worth. and but the important thing competition must be present "review board" if anybody penalized sera this is not everything a process and hueva occurs them then then is its problem and better they do not say to anything alcabo of a month despues of the race. if to tigrillo Ibarra they penalized it it was because they alquien I protest it and but surely it was that the senor Ibarra I do not review and did not go to meeting CRB to defend... or if were? somebody of the Ibarra equipment I review the results not-officials and occurred account that tapeworm one protests? they went to defend itself to the CRB? by I complete I want to request to them that before commening out these without foundations they have the book in hand (is worth as $5) and are become attached to the correct process so that they can speak and think objectively and with foundations and not with its emotions. if some of you wants the book yet I I please I buy in "race ready" of insolent Vista. also it can speak to SCORE and request it. Alive Mexico * is."

Mas: "Hermes negative, not these totally informed". This was said to me by an official of SCORE (nonmemory its name) when to my in the personnel they penalized to me with 10 the 60 minutes to happen to me of mph in the highway. ahiiii the vaaaa: first: the "black boxes" only review (in detail) the competitors who estan instead of obtaining a prize in their class. that I mean with this, since if terminastes in I complete place of your class the truth is lost of time to see your data... you do not have anything to gain compa! Second: if there is a protest in writing against a competitor and the black box it can verify it then is used. in this case it was possible to be itilizar to verify that vehiculo rolled to but of 60mph. adicionalmete the senor Ibarra admitio and by I complete habia fisicas tests (video, pesonas, photos). I return to repeat... leave its emotions them to a side. as they say Pinc... s gringos."

"For Clarification: THE PUNISHMENT IS: THAT THEY PENALIZE TO YOU WITH TIME (10 MINUTES); Or THAT THEY DISQUALIFY TO YOU. BECAUSE TO TIGRILLO IBARRA THE DESACALIFICARON, IS TO SAY DID NOT LOAD MAS TIME TO HIM, SIMPLY THEY LEFT IT OUTSIDE THE RACE."

SCORE is in trouble when the local racers are calling their guests, Pinche Gringos! You wonder why the locals put traps on the race course? 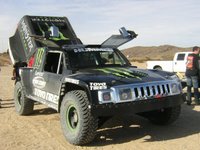 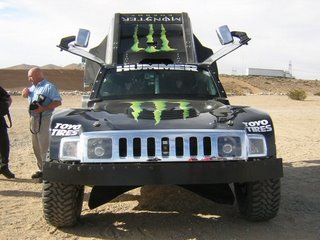 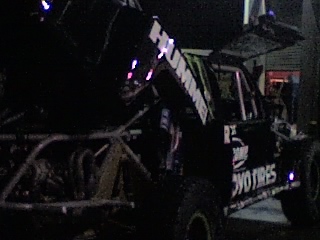 ORIGINAL EXCLUSIVE NEWS
Robby Gordon Racing, his offroad team, has turned into a Monster! (Note in photo, GREEN 'M' next to Hummer')

Gordons H3, has been seen around town sporting its new Black and metallic Green colors, preparing for the announcement, prior to the start of the DAKAR rally-race. 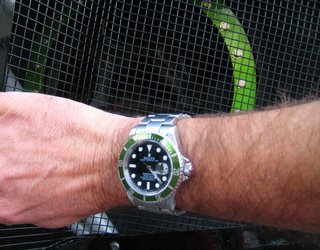 Then, we find out the team has received Rolex Team watches. OK guys, now you've done it - JINXED! Honestly, if its not CAMEL GRASS its watches! Gordons DAKAR is JINXED!

Posted by black e media at 7:04 AM Links to this post 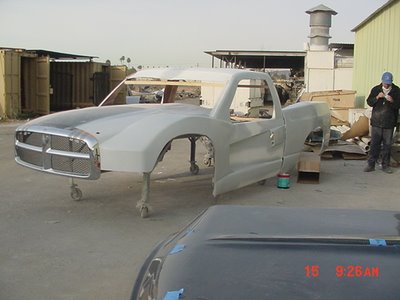 
"Its debut was suppose to be the Laughlin Desert Challenge, but its now looking more like the Parker 400." Thanks Mike!
Posted by black e media at 12:32 AM Links to this post


Cabo San Lucas, Mexico-Today, it was announced that, "the International Desert Offroad Race and the SPEED Mex Race Support Services will be February 17, 2007. "We'll run the La Paz to Cabo course on February 17. We will start taking applications and prepare teams for the race, scheduled later in the year." Applications for the race support services are free and available now at the Official website at cabo500.com. Entry fees will run $200 and will be accepted at contingency on February 16."

"The race course this year will not include La Paz, the entire course will be in the Los Cabos municipality. Race services and the nightlife and the hospitality events surrounding the race, will be much improved over last year. La Paz just isn't as fun as Cabo! We have signed Mexico's best Rock band for the special "Winners Fiesta" in Cabo after the race", said a spokesman for SPEED Mex in San Diego. He continued, "the course will be announced soon, before the turn of the year".
Posted by black e media at 9:55 AM Links to this post