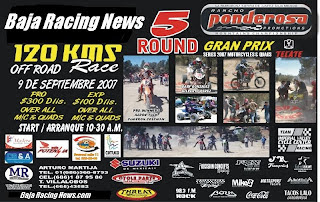 Posted by black e media at 11:59 PM Links to this post 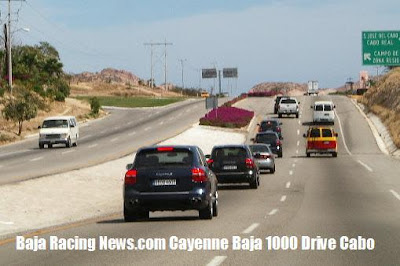 All of the Cayennes were loaded onto flatbeds after two weeks of driving in February and shipped via container ship back to Germany! But, before they were headed back to Beerlandia, we had a chance to run one of these animals on this years Baja 1000 course. We timed the run and had some surprising results.

We participated in a press review of the most anticipated off road event of the year, surpassing the vaunted Baja 1000.

After the Russian transport air-lifted the vehicles from Frankfurt to Los Cabos in February, its been off-road heaven for pro drivers from around the world.

Pro-drivers, technicians and automotive analysts have had a hell of a time enjoying the hospitality of Baja Mexico and the fine road sense of the Porsche Cayenne. 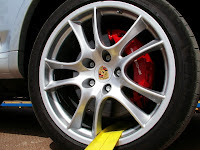 The 2008 Porsche Cayenne drive in Southern Baja put the new offroad animal through its paces. Dirt, dunes and beach driving. The Cayenne, with tons of power (we are not allowed to report on the actual horsepower of the vehicle, except to say its nearly double of the single turbo version, currently available at dealerships) plenty of power to apply to the sophisticated all wheel drive.

A Russian Antonov transport brought them to Baja California Sur, Mexico direct from Germany. Drivers from around the world have been treated to the Best Of Baja, driving the paved and unpaved of the Cape or Cabo of the Baja peninsula for two weeks. The 2008 version of the Porsche Cayenne TWIN TURBO, specs unreleased, is the model shipped to Baja. 50 of them. The standard Turbo boasts of Performance 520 hp (SAE) @ 5,500 rpm 0-60 mph: 4.8 sec.Top Track Speed: 168 mph. MSRP $ 111,600.00. 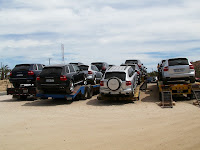 Escorted by teams of Federales, the drivers were allowed to burn the speed limits of the local roads and the federal highways. They have been paced at over 120 miles per hour, getting around to their next locales. The off-road capabilities have been impressive.

At the dunes near San Jose and the track outside of San Lucas among other off road locales, we 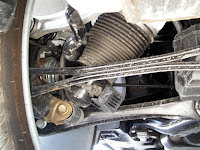 can't talk about, no off road event could ever surpass the vehicle, the challenges and the spirit of off road we have experienced over the last two weeks, here in Cabo. The Baja 1000 in Baja Mexico, will never be the same. 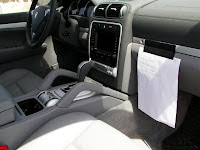 Now, with the Baja 500 in hindsight, the Germans had Baja Mexico in their targeting scope for some time, to plan and pull off the February Cayenne Los Cabos events and Volkswagon taking the Baja 500, by storm. Our forecast for the 2007 Baja 1000 for the Volkswagon, "Knights of the Desert", south of Loreto, they will be deadly fast. Is off-road prepared for a German takeover of the west coast off road glory?

The Touaregs (Knights of the Desert) and the Cayennes were developed together by Volkswagon and Porsche. Each had the same development tree. So, the frames and critical drive aspects are very similar. The impressive power of the race touareg pushes the design aspects of these vehicles over the top. With so many of the sections of the Baja 1000 course south of Loreto groomed like smooth, high-speed ski runs, this animal will shred the final one-third of the upcoming Baja 1000 in November. 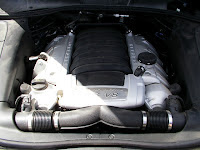 Some sections south of Todos Santos, are tight, low ranch roads. Perfect for this vehicle. No nasty rock areas or trenches, that typically would force the Touareg to drop speed. Mark our words, the Touaregs will light these last stretches into Cabo on fire! Considering the fuel tank and tire distances these rocket ships get, Volkwagon Touareg 2007 Baja 1000 overall?

Teams of engineers from Germany, to oversee the runs, measured every aspect of the drives. Baja Racing News was part of the group and we will now report everything that happened here. Photos of the Cayenne performing on the open road, led by teams of Federales. And the loaded vehicles being shipped back to Germany via container ship. Pics and story loading... 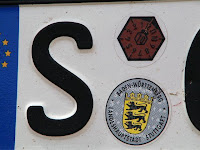 Here's an example of their impressive capabilities:

Thanks to the good folks at Baja Safari Mexico Club, Baja Racing News.com will be the EXCLUSIVE source of Baja 1000 2007 Special Reports! Race conditions reports for weather from their widely respected Baja Weather Service, recognized by the U.S. National Weather Service for their coverage of Baja California Mexico.

Race conditions reports for road conditions and security situations for the entire Baja peninsula, during the 40th running of the Baja 1000 for November 10-18th. Stay tuned to Baja Racing News.com for the Special Reports you need.

Gary Newsome, Baja Racing News.com
Posted by black e media at 5:42 AM Links to this post