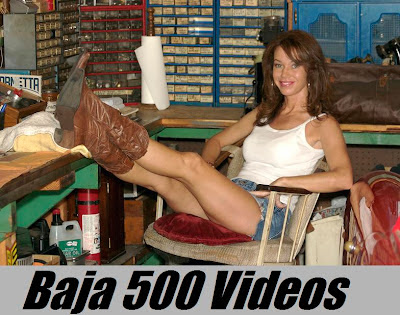 Posted by black e media at 8:09 PM Links to this post 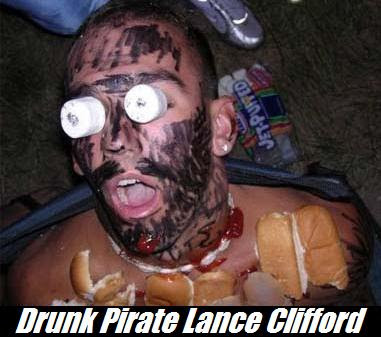 Before the race, the Hussongs Cantina Party and cases and cases of cerveza's finally had a toll on our reporter, the Drunk Pirate.

Because during the race, he co-piloted the Trophy Truck almost into a crowd of people just off the race course and later in the race, the truck went into a large boulder ending the day of racing like all the others, with the Drunk Pirate at co-pilot.

No podium, no finish just another day of embarassment after overdrinking.

The parties in Ensenada, however, were good. Midget Energy drink's party went well into evening with that crap vodka Cam brings and the skanky 4165 Clothing girls tequila chasers. In town at Hussongs the cranky old-timers kept to beer and our faithful drinking reporter went headfirst into rot-gut Cuervo shooters followed by pukin' out back. Drunk Pirate Lance Clifford did make it back the next day after pre-running, for the beer convention at the hotel, day before contingency, when we got this pic at the end of the night.
Passed out drunk until two hours before the start of the race.
Drunk Pirate Lance Clifford reports Drunk
Posted by black e media at 2:36 PM Links to this post

Posted by black e media at 9:24 AM Links to this post

The Big Axe is hitting Hummer this morning

Speaking to analysts during a conference call, marketing maven Mark LaNeve said GM "will continue working with [HUMMER] dealers on the appropriate mix of ads, incentives and dealer programs to keep them going and build franchise value." According to an anonymous source (whose information has been independently confirmed), GM has killed the HUMMER brand. The ailing American automaker told its field teams that it's ceased all corporate investment in HUMMER. This includes updates for existing models, the scrapping of the upcoming H4, and a severe cut-back or elimination of marketing and advertising– as contracts allow and media buys can be diverted to other GM brands. The decision pulls the rug from under 171 HUMMER franchisees, including 71 standalone dealers. According to our tipster, GM field ops– who must make nice with the abandoned store owners– are "crapping themselves." Why wouldn't they? Many of these HUMMER dealers have just spent millions upgrading their dealerships to meet brand requirements set forth just two years ago. The first lawsuits have probably already been filed. The rest will follow. Still, closing HUMMER should cost GM less than the billion dollars it spent shuttering Oldsmobile– although that was back when a billion dollars was real money, not GM's monthly cash burn.

The off-road market for 2007 showed 1.462 billion dollars in retail sales. Off-roading is an important niche for the specialty-equipment industry. Not only are there specific vehicle parts that are sold, but also supplementary goods. According to a recent survey, 61% of respondents have some portion of their business come from the off-road niche, and 40% of these members predict 2008 sales growth to head in the positive direction. In addition, of the business that Off-Road Business interviewed, 69% of the businesses expect to meet or exceed their 2007 sales goals.
Despite higher gas prices, the off-road market for 2007 showed 1.462 billion dollars in retail sales. This is up 6% from the 2006 retail sales figures. The growth in this niche of specialty equipment could be in danger from fuel prices. The sales for light trucks have declined over the past two quarters, with light-truck sales for last April declining to 14% of the new-vehicle market share. This is down from 16.4% in April one year ago.
Modifications for off-road suspension and tires also affect gas mileage. “All-season tires produce less friction and therefore roll more freely to the benefit of fuel economy. They're generally lighter than all-terrain or off-road tires, and less weight means better fuel economy. They also ride more quietly, handle better and wear longer.” New off-road tires were the top accessorization choice among off-road enthusiasts, followed by air intakes and exhausts. According to an expert, “Many off-road vehicles, and the specialty equipment purchased for them, never venture off paved streets and highways.” Because of this, enthusiast looking for an off-road vehicle look may personalize their vehicle in a way that also helps to make their hobby more economical. What's NEXT in the off-road future?

Baja Racing News.com
Posted by black e media at 10:05 AM Links to this post 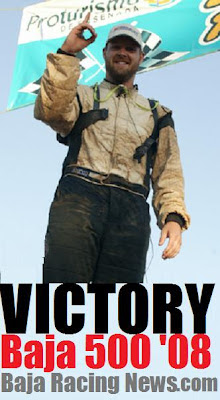 Posted by black e media at 6:30 AM Links to this post 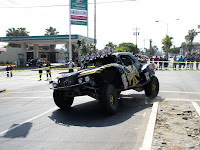 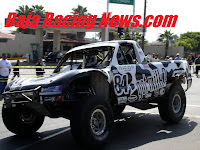 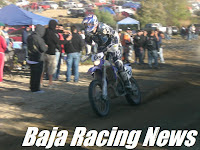 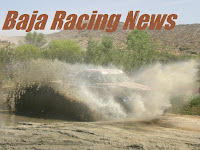 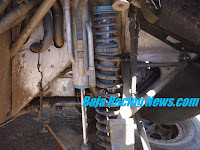 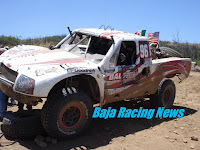 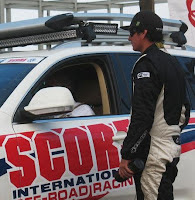 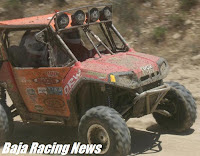 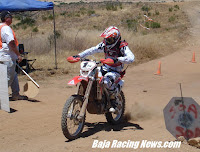 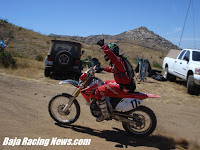 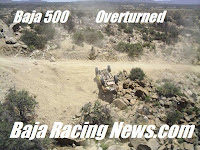 Baja Racing News Rockin' for the Off-Road Fans! Results, Pics, Vids LOADING>>>
Posted by black e media at 7:43 AM Links to this post