"Yes, we are laughing at SCORE, here in Baja Mexico, where you take advantage of us Mexicans!

Yesterday was one month after the awards ceremony of Score International, after the San Felipe 250 desert off-road race, held here in Baja Mexico. An event where Edmundo Fernandez and Miguel Rosales won the second place in Class 5-1600, in an illogical manner but did not receive their deserved racers plates. Fernandez was in charge of giving the words of gratitude in the award ceremony held at the waterfront in San Felipe by Team One More Off Road Racing and trophies to be won next to "Piojo" Rosales, was surprised when Sal Fish and Oscar Ramos forgot or negligently made the plates, something which I find a total lack of respect towards the desert off-road racers of Mexico.

Fish, Oscar Ramos and Edmundo Ramos, talked to me on the phone yesterday, and you assured me that by next Tuesday, the correct plates would be ready. Something that the first says that it is very hard to believe because it has a four times daily until the "right hand "Sal Fish, only to realize the lack of interest from the heads of Score, the answer is because you are not forgotten this and that without them, you would fail, again. And we know you'll be doing Baja 500 surveys next week, which would give the racers of Ensenada time to deal with this severe problem.

The Mexican racers are tired of SCORE taking advantage of Ensenada and Baja Mexico. The fee paid for Fernández Rosales and participate in the Score Baja 250 was not cheap, considering the current economic times and the price of the peso against the dollar, and this is the $ 1450 US plus the costs of trips, meals, lodging and extras that always come when racing in Baja with Score, which had spent much more directly with Score for the two plates, about $150 US Dollars.

What bothers me in this situation and said the "Buyangas" Fernandez is the treatment that developers have towards them, having to be running at all times when they should be involved in correcting this error of not having license plates second place, we will have to wait for Tuesday to see if the plates are delivered to or remain in oblivion, leaving their customers, broken and seeking compensation. Beware American racers, we are tired of the Mierda from you in our country."

This was published in the local paper, El Vigia, in Ensenada, Baja Mexico.

Baja Racing News.com
Posted by black e media at 6:48 AM Links to this post 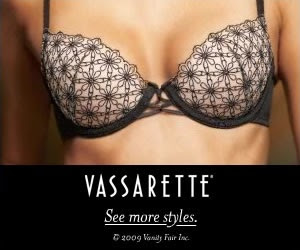 FORD Motorsports clarifies the message. Because the 'Fun Run' was canceled, the Greg Biffle appearance-drive will occur before 'qualifying' in Primm, on Thursday, April 16 from 10 AM -1 PM.

Monster Jam superstar, Linsey Weenk, will race the FORD Raptor race truck during Saturday’s second race of the 2009 Best in the Desert 5-race series. Off road racing champion, MacCachren, will co-drive for Linsey Weenk during the race, as the Monster Jam racer is slated to drive one of three 69-mile laps. Weenk, from Alberta, Canada, who campaigns the Built Ford Tough Blue Thunder in Monster Jam.

OK, now its understandable. Ya'll need to get your stories up front.

Original Story:
Before Greg Biffle makes his way to Phoenix International Raceway for the NASCAR Sprint Cup Series race in a couple of weeks, he’ll swing through Primm, Nev., for an off-road race.

Biffle will take part in the Best in the Desert Terrible’s 250 driving a Ford F-150 SVT Raptor R. He’ll go from Primm to Phoenix for the Cup race a few days later.

“When I think of Raptor the first thing that comes to mind is a proven off-road piece with its finish in the Baja 1000, and I think it’s a long-time overdue, if you want my opinion,” said Biffle, who is participating in the event’s Fun Run on April 16 before heading to Phoenix for Saturday night’s NASCAR event. “Up to this point, no manufacturer has built a truck like this. People had to do it themselves, so there’s a definite market out there and I’m excited about it. I’ve been paying attention and watching some of the desert testing that they’ve done and I can’t wait.”

Before Biffle graduated to the Cup cars, he was a NASCAR Truck Series champion. But this will be the first time he’s raced in an off-road truck.

“I really enjoy off-roading. I enjoy riding motorcycles. I enjoy my sand car,” said Biffle, who will be driving the F-150 SVT Raptor R being campaigned by former Ford Rough Riders Rob MacCachren and Steve Olliges in all five Best in the Desert races this year. “I’ve never pre-run Baja or anything like that, and I might do that this year, but I’ve never really been in a specific off-road. I’ve watched the stuff on Speed a lot. It looks fun and it looks exciting to do, so I’d like to mess with it a little bit."

Off-Road 1.com will LIVE! WEBCAST Best In The Desert's Terribles 250

From The SEMA Unveil

Baja Racing News.com EXCLUSIVE
Posted by black e media at 12:24 AM Links to this post

Posted by black e media at 6:37 AM Links to this post

The off road world lost an icon on Monday, April 14 at approximately 6:45 p.m. when American Honda's off road motorcycle legend, Bruce Ogilvie, passed away from complications associated with his 21-month long battle with cancer.

Ogilvie has captivated the off road desert racing world on two wheels for the past 25 years. He was crowned the 1986 SCORE Baja 1000 Champion and last year he was inducted into the Baja Legacy Hall of Fame at the famed Ensenada Ranch. Bruce has long been regarded as the master of the two wheel championships as he led American Honda's off road race team to an unbelievable 17 championships before handing the reigns to the Honda's Johnny Campbell.

Bruce Ogilvie touched thousands of off road enthusiasts over his grand career in both a professional and personal sense. He is a champion who made a tremendous commitment to the world of off road over the long haul. He has long been known as, "Mr. XR," for his dedication to his decades long research and development of the Honda off road motorcycle while managing one of the greatest race teams of all time.

Baja Racing News ran into Bruce all over Baja for many years. Over many breakfasts in Ensenada at the old La Pinta Inn. With the kids in the pool at the Mar in Cabo. Some of our last meetings were the 2008 Baja 1000 in Ensenada, the 2007 Baja 1000 in Cabo San Lucas at the Mar de Cortez Hotel over many lunches and the 2006 Baja 1000 in La Paz, Baja Sur over lunch at the Mariscos House on the Sea of Cortez at Playa Coyote.

In the 2006 meeting, it seemed we always met with Bruce, on the road during races or at the finish line cities, savoring victory in Baja. The 2006 meet was special, with the Baja Safari Class 11 Solorzano Team and friends from the Herbst Motorsports Team, included.

Each time, Bruce was a humble and open representative of Honda, talking about all the internal goings on and what the future held in desert off-road racing in Baja, Mexico. Our prayers go to his friends and family.

Posted by black e media at 5:48 AM Links to this post