Representatives of NORRA are scheduled to arrive in the capital of Baja South, this Tuesday, June 23. On the agenda for NORRA is finishing the promises made between the parties, so far only over the phone, between the government of the southern state and NORRA.

The collapse of trust between desert racers and the current sanctioning body, SCORE, "The Scandal", is the backdrop for the new talks.

The Mexican 1000, scheduled for September, we'll talk more about those logistics later, is on the agenda for the talks, to be run this year and following years. Backchannel talk from SCORE associated sponsors indicates SCORE and its sponsors are very concerned the newly risen Mexican 1000 will take the thunder of racing in Baja Mexico and complicate and confuse the branding of 30 years of Baja racing.

Already, SCORE has forced the northern locals to have the Mexican 1000 race start in Mexicali, rather the the traditional and historic starting point of Baja races, Ensenada. The Mexicali starting point for the September race can actually be made into a larger benefit than starting in Ensenada, in the judgement of many racers. With only minor adjustments, the Mexicali start for the Mexican 1000 long term, could be sustainable.

The rally route, yes this a rally, not really a race, the Mexican 1000 is envisioned to stage at L.A. Bay and Loreto on its way to La Paz. Back in 2005, the Baja south tourism department voiced interests to race sponsors, to entertain a "race rally", that would "stage" at locations in its state at southern Baja California, Mexico. For that reason and others, "we are expecting success out of the talks here in La Paz, this week", said unnamed insiders at NORRA.

Sr. Becerril, official spokesman of the State of Baja Sur Tourism Office, said today, "SCORE has no agreement with us for the Baja 1000 in 2010, we are looking forward to making announcements with NORRA this week on their wonderful plans for 2009 and 2010 and into the future".

Baja Racing News.com
Posted by black e media at 7:30 AM Links to this post

113x Luis Garcia just had 7 surgeries and he will be in bed for the next few months , He is married with 2 kids and he is in the need of money. A raffle will be conducted to raise money to help Luis and his family, they are selling tickets for $10 (dollars) each if any of you are willing to help you can make donations via paypal to davidjr16@gmail.com the raffle will be on June 28.

Baja Racing News.com
Posted by black e media at 7:12 AM Links to this post 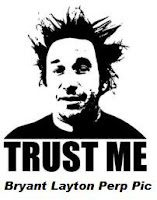 Bryany Layton's SCAM has now cost two people their jobs at the local CF organization. Including the now, 'former' Director of the Southern California CF organization. To date, Layton, nor any of his slimey associates have answered any questions about their, possibly continuing, fraudulent activities. Yes, they stole money to race in the 2008 Baja 1000.

In the name of CF (the Cystic Fibrosis Non-Profit).

The national organization is now conducting an investigation into the scam. Baja Racing News.com is calling on consumers to boycott the products involved in supporting the players behind this scam. Stay tuned...

Just two questions for Bryant Layton: How much was taken in by your Cystic Fibrosis Scams? How much went to the Cystic Fibrosis Foundation? We don't expect an answer. Everyone associated with Layton Racing is hiding out. These questions remain unanswered.

If you were ripped off by Layton Racing or anyone associated to Bryant Layton CLICK HERE for resources to the California Attorney General Office.

Baja Racing News.com will contact each and every "sponsor", to discover the facts.

Colleen O'Higgins with CF, who was first introduced as "Colleen O'Hara", told Baja Racing News.com, "the amount of money donated was minimal", from the Baja 1000 2008 solicitations.

When reached for comment, weeks ago, Ms. O'Higgins was unaware of the recent Layton Racing solicitations. She also was very concerned about the unauthorized solicitations, considering the national foundation told Baja Racing News.com, "we prefer Layton Racing NOT say anything about the CF Foundation".

Currie Enterprises couldn't care less if Bryant Layton rips off the CF charity. "No comment", is all 'Lucky' can muster, with the established facts that Bryant Layton has not denied, he attempted to use non-profit solicitations to fund his motorsports fun on a major radio broadcast, last week in San Diego. And his Baja 1000 in 2008 is now also suspect.

Lucky and Currie Enterprises may not care about the false solicitations. Hey, that's the west coast attitude.

The Currie Enterprises sponsored Lucky media show will showcase Bryant Layton, again. Layton could have produced any evidence of support from the CF people, for his recent void solicitations. He hasn't even answered the charges of fraud.

All the while, the Layton Racing solicitations mentioning the 'Cystic Fibrosis Foundation' have been found to be unauthorized at best and fraudulent, at worst.

Even Bryant Laytons Baja 1000 2008 Cystic Fibrosis Non-Profit Solicitation and collections of funds at very least was, "Highly Flawed". This conclusion from an experienced racer and committed CF non-profit money fundraiser.

That brings up KCEO in Carlsbad California. The "Highly Flawed" Bryant Layton CF fundraising that scammed dollars back in 2008, was supported by the FCC license holders. KCEO has a history of allowing scammers on their public airwaves. Hey, just pay 'em and they'll let anyone pimp o'scam! KCEO has a history, check out this scam.

Bryant Layton needs to cough up some answers to a national non-profit, over accusations of Bryant Layton scamming off-road business for his own racing ventures. Layton, who claims to be an "off-road racer" and "media person", has never won a race or even gotten close. But, he is using other peoples money for his fun.

Possibly by a fraudulent non-profit solicitation.

A San Diego radio station may have also been duped by the fraudulent non-profit solicitation. The national non-profit is now on the alert for the operation. The FCC has stringent guidelines on such solicitations.

Bryant Layton said in October of '08, "Our team consultant and instigator, Cameron Steele, convinced us to let me solo-drive the entire race,” said Layton. “This has never been done in a Jeep Speed class car. I’m so screwed." Also, what was not approved by the Foundation, was Layton continued use of the non-profit solicitation-as into June of this year, 2009.

'Lucky' Scott Hudson of Speed Scene, said of the allegations today, "we wouldn't want to be associated with anyone who makes fraudulent solicitations", Currie Enterprises, a sponsor of the show said, "we don't know anything about Layton".

The radio station staff and Layton refused to provide any contact information for the non-profit solicitation for Cystic Fibrosis Foundation.

No denials have been received from Bryant Layton. Here's the Original Internet SCAM ALERT CLICK HERE

Posted by black e media at 4:11 PM Links to this post

Answer: Australia Question: Where do failed racers go to torch piles of cash?

Andres Ruffo and Jim Mihal are on full flaunt mode sending in pics for public view from Australia. Looks like fun. But, whats been happening to these failed racers since the infamous Laguna del Diablo fiasco during the Baja 1000 in 2006?

Andres Ruffo, the driver that drove into the moved steel hulk in the middle of the dry lake bed, has fallen off the points so far in Baja Sur, he no longer races. They both haven't showed up at the races in southern Baja, in months!

The fall started after both guys drove into obstacles, far off the course. Mihal, drove into a bush during the Coyote race, two years ago. Yes, off course, we'll link up those old stories! More importantly, what do you do when you don't make the grade in the races in Baja...Go to Australia!

CLICK HERE FOR THE FULL FLAUNT PICS
Posted by black e media at 10:51 AM Links to this post