Join the Desert Off-Road Racing Teams on the Baja Race Pre-Run on a True Baja Safari For Cheap!

Drive the Race Course, Learn the Tricks, Pound Ensenada and all the rest of the Baja Race Hi-Jinx!

Half Price for 2009, You Get All The Kicks For Tricks, No Holds Barred Running the Baja Race Course Before The Race Damage Begins on November 16. 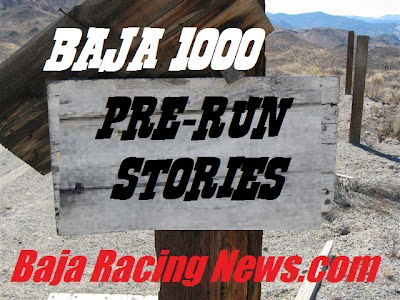 Posted by black e media at 10:41 AM Links to this post 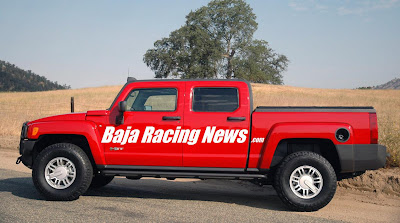 First in a series on Off-Road Military Vehicles

HUMMER’s appearance at the 2009 SEMA show will be a defining moment for the off-road brand which becomes independent of parent company General Motors in the next few months. HUMMER will be showcasing four vehicles at the SEMA show this week, all focused on recreation and off-road performance. In addition to the concepts and racing vehicles, HUMMER will also be announce its renewing the brand’s sponsorship for Dakar racer Robby Gordon, and desert-racing legend Rod Hall and his team of stock-class HUMMER race trucks.

Along with the four vehicles, Gordon and Hall will visit HUMMER’s display at the SEMA show on Tuesday between 11AM to Noon.

HUMMER’s CEO Jim Taylor says that the brand will be, “refocusing on what made the brand successful, which is building rugged, all-terrain vehicles with capabilities that meet the needs of our customers.”

HUMMER will be introducing two concepts, the H3 Moab – outfitted with performance and off-road accessories, and the H3T Sportsman – billed as the “ultimate outdoorsman truck.”

The deal, which needed the blessing of China's government, has represents the country's first full-fledged acquisition of a troubled auto brand in the wake of the global economic crisis. A flurry of such potential deals highlights Chinese companies' global ambitions, but a question remains as to whether Chinese companies such as Tengzhong would be able to revitalize troubled auto brands, especially given their executives' limited experience running global operations.

Tengzhong is buying 80% of Hummer, with local tycoon Li Yan acquiring the rest through Lumena Resources Corp. The 46-year-old is chairman of the Sichuan-based company, which he founded and listed on the Hong Kong Stock Exchange in June. Lumena is one of the world's biggest producers of sodium sulphate, a key raw material used in detergents, glass and pharmaceutical products.

Completing the Hummer deal comes little more than a week after GM's planned sale of the Saturn brand to Penske Automotive Group Inc. fell through. GM is also trying to sell the Saab brand as part of its restructuring, while the Pontiac line will be phased out the next year."

How it all started:

Somewhere, California Governor Arnold Schwarzenegger has tears in his eyes. His favorite vehicle, Hummer, has left the building. Its sale was announced today.

The Guvernator was in large part personally responsible for the military HumVee, built by AM General in Mishawaka, Indiana, being turned into a civilian vehicle and sold to the general public. More on that in a minute.

The monster-sized truck company, whose products were sold through General Motors dealers starting in 1992, has been sold to China's Sichuan Tengzhong Heavy Industrial Machinery Company. The sale will garner GM an estimated $150 million; military technology associated with Hummer will not be part of the sale. 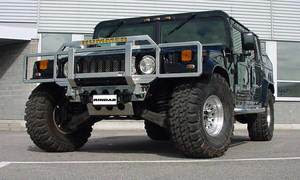 The classic, massive Hummer H1 was the civilian version of the military HumVee

The first civilian Hummer, the H1, was based on the military HumVee, or High Mobility Multipurpose Wheeled Vehicle. AM general was a vestige of the old American Motors, which at one time owned Jeep, and AM General was Jeep's "general products" division.

In fact, the HumVee replaced the Jeep as the all-around general military vehicle. It was available to the military in scores of configurations, from rocket launchers to troop carriers to communications trucks to ambulances and everything in-between.

The H2 and H3 Hummers were actually based on GM pickups, not the HumVee.

The H1 was one of the few vehicles which, at over 6,000 pounds, entitled the owner to claim a farm equipment tax credit with the IRS. 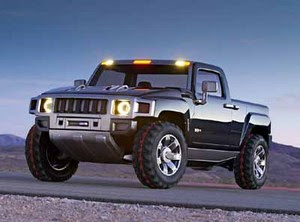 Hummer's H3 was built on a GM truck platform, not a military HumVee's.

AM General had been exploring production of a civilian HumVee, entering the military truck in some rugged off-road races to build its reputation among hard-core off-roaders.

This story was told to me at a dinner for journalists announcing the new Hummer. It was at the Saddle Peak Lodge outside Los Angeles. Jim Armour, then head of AM General (of course he'd be named 'Armour') was my neighbor at the table and we talked for hours. As best as I can remember, this is what he told me:

In 1989, Arnold was making the film Kindergarten Cop in Oregon. One day, while driving on a freeway to the set, he saw a military convoy on the other side of the road, a convoy featuring several HumVees.

Never having seen one before, Arnold went nuts. He crossed the median of the highway to chase down the convoy. When they made a rest stop, Arnold started checking-out the HumVees and talking with the military people driving them and traveling in them. 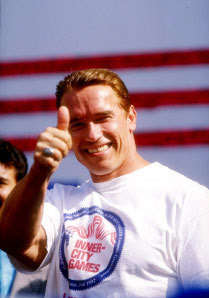 "It has balls," is what Arnold said about the truck.

Of course, he wanted one. When they explained to him that he couldn't have one, he became even more determined to find out everything he could about the truck and the company which made it.

I once had the pleasure of giving Arnold an early-morning tour of the Los Angeles Auto Show (we had some friends in common) ... just the two of us, cruising the show without the crowds. Three things I learned that day about our incumbent governor: He knows his cars. And, he's very, very funny. And a lot shorter than you might think ...and if he wanted AM General to build a civilian HumVee, there was no one better to make that case to the company.

It wasn't long until Arnold was (private) jetting his way to AM General's plant in Mishawaka, meeting the line workers and executives, seeing how the HumVees were made.

And his enthusiasm was contagious. AM General execs sped-up their plans for making a civilian version and put together a deal to supply these newly-named "Hummers" to General Motors.

And the rest, as they say, is history. 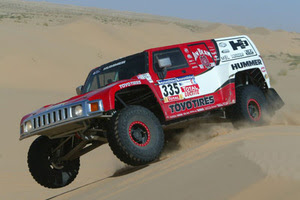 AM General and GM did some smart things as far as off-road racing with their Hummers. They hired Rod Hall, one of the best Baja racers, to be their lead driver, and also eventually hired another off-road great, Robby Gordon, now in NASCAR Sprint Cup. Gordon took his Hummer to race in the Paris-Dakar, one of the longest and toughest events in the world, and always acquitted himself well. His racing Hummer was estimated to be worth over $1 million, with its carbon fiber body panels and all the rest of its trick stuff.

Actually, even a moderately skilled off-roader (like me) could do well in a Hummer. Those things would almost go straight up a wall ... and the on-board air compressor which allowed the Hummer's tires to drop pressure or add it at the flick of a switch made Hummer even more formidable off-road.

One problem never solved was the H1's lack of space for the driver and front passenger. The engine was located between and under them, and both front seats held its occupants like they were equipped with five-point racing harnesses.

The marketing was impressive and straightforward. Being the 'stars' of the first Gulf War didn't hurt Hummer's image or its sales.

The advertising told potential customers, in so many words, that it's a tough world out there, getting uglier every day, and maybe an "urban assault vehicle" was just what a family needed to survive freeway shootings and car-jackings. Another message was that Hummer buyers are people who are used to the best in every product category; why would they settle for a mere 5,000 pound SUV when a 6,000 pound car-crushing Hummer was available?

One team in the DARPA government challenge to individuals to create a vehicle which can, literally, drive itself under any conditions, used a Hummer.

GM had their Hummer dealers sell the trucks out of their own dedicated buildings; often they looked like glorified Quonset huts and many dealers installed short off-roading tracks to show-off the vehicle to its advantage.

Many police and fire departments around the country bought their own Hummers to use as emergency vehicles, especially for fire-fighting in the back country; these were probably the only sales which made sense.

Hummer certainly had a place and time in American history; that Schwarzenegger had a hand in bringing them to civilian life just made the story more Hollywood, more perfect.

Even in the GM truck-based H3, the largest thing in the interior still seemed to be the center console

In fact, at car events in southern California in those days, there would be a lot of Hummers in the parking lots or even on display. And of course everyone wanted to see Arnold's Hummer.

First in a series on Off-Road Military vehicles

Posted by black e media at 9:09 AM Links to this post

Posted by black e media at 6:17 PM Links to this post