US closes consulate after Mexico border gunfights
The Associated Press
Friday, February 26, 2010; 9:54 AM

CIUDAD JUAREZ, Mexico -- The United States has temporarily closed its consular office in the Mexican border city of Reynosa, across from McAllen, Texas, after gunbattles with drug gangs rocked the area this week.

Four suspected cartel gunmen were killed Thursday outside the nearby city of Matamoros after they attacked an army patrol on a highway, Mexico's Defense Department reported.

The department also announced that a series of clashes on Tuesday farther west along the border killed six gunmen and one soldier. Ten soldiers and a police officer were wounded.

The U.S. consulate in Matamoros posted a message on its Web site advising U.S. citizens to be aware of the recent violence.


Gary Newsome Reports: Is this the future of Mexico?

This information just in from Mexico City. The U.S. Embassy in Mexico has had to order the temporary closing of several of its consulates in Mexico due to the insecurity generated by organized crime activities in the Republic of Mexico. We may now be seeing the collapse of security in Northern Mexico. Many parts of Northern Mexico are UNDER LOCKDOWN.

A Mexico police officer is speaking out about the recent drug violence in his home country. Ramon Ramirez normally patrols the streets of Reynosa. But in light of the recent violence in Mexico, Ramirez says he and several other officers have been re-assigned as bodyguards for city leaders. Ramirez says he has only been a police officer for a short time, but he has already seen his share of violence.

The 30-year-old says nobody in Mexico is immune to the violence.

"The U.S. government warned its citizens Wednesday against traveling to the northern border state of Tamaulipas, where shootouts killed 19 people in the previous three days.

In Nuevo Laredo, across the border from Laredo, reports of violence and impending violence have grown so bad that the U.S. Consulate in Monterrey warned U.S citizens Wednesday to avoid traveling there.

The nineteen deaths across the state of Tamaulipas, where Nuevo Laredo is located, included a soldier and police officer. Security forces have fought gang members in several areas of Tamaulipas since Sunday, authorities said.

On Tuesday, gunmen attacked the police headquarters in the town of Miguel Aleman, state deputy attorney general Hernan de la Garza said. Six officers were missing and presumed to have been kidnapped.

As rumors of shootouts spread, people stayed off the streets and two dozen schools ended classes early Tuesday in Nuevo Laredo and Matamoros, which is across the border from Brownsville. The rumors spread by e-mail and social network postings, although there were no shootings in either city Tuesday.

Posted by black e media at 7:00 AM Links to this post 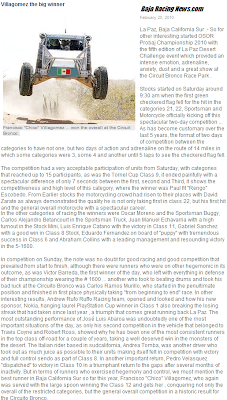 Posted by black e media at 9:32 AM Links to this post

Pete Sohren, Scam Steele and Jason McNeil on their Parker Trophy Truck ride to a DNF Did Not Finish. The San Felipe 250 Should be the same Pete, DNF

Posted by black e media at 9:20 AM Links to this post

Untitled from tim townsley on Vimeo. 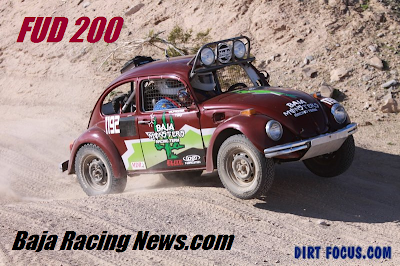 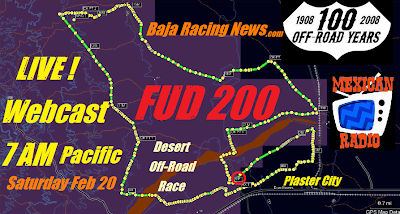 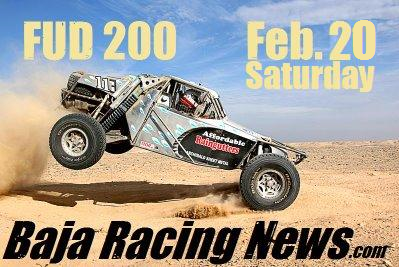 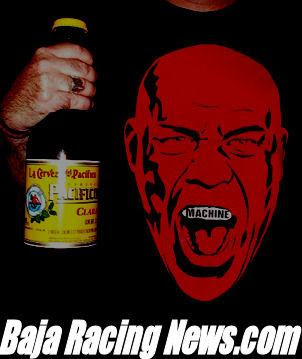 
Posted by black e media at 6:20 AM Links to this post