2009 PICTURE OF THE YEAR
http://bajasafari.blogspot.com/2009/11/baja-racing-news-live-picture-of-year.html

Dave Bost Sez: "So has FOX gotten the fading probs figured out? They say the trophy truck shocks don't fade, but the buggy shocks are made different, and fade after 50-100 miles of hard racing. I have a couple buddies that were getting free shocks from 'the meanest man in off-road', John Marking, & bought King. Fading probs are now gone.. Hope they work for you.. Good luck & primm.."
Posted by black e media at 1:59 PM Links to this post 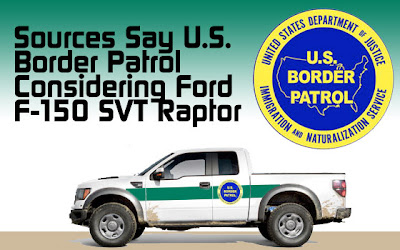 
While the U.S. Department of Energy is funding research into advanced electric and plug-in hybrid vehicles, the Border Patrol needs something a little more robust to meet its needs -- like, say, the all-new 2010 Ford F-150 SVT Raptor.

Multiple sources tell Baja Racing News.com that the Customs and Border Protection division of the U.S. Department of Homeland Security is seriously considering purchasing at least 10 of the long-travel-suspension off-road pickups for use helping catch suspicious characters illegally entering the country. The truck's high-performance Off-Road Racing shocks were tuned in the deserts of Southern California and Mexico to soak up and conquer the toughest dirt trails and terrain.

There's one snag: We hear the Border Patrol is asking Ford to outfit its Raptors with work-truck interiors instead of the standard high-end trim. If that can happen, we might just see the F-150 that was 'Born in Baja', protecting the U.S. side of the fence.

Baja Racing News.com
Posted by black e media at 11:43 AM Links to this post

Executives of US Highland Motorcycles die in plane crash near Tulsa 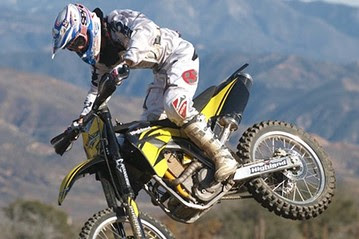 US Highland, Inc., a  small maker of motocross, supermoto and other specialized competition and street motorcycles, said three members of its management team died in a plane crash near Tulsa International Airport on Saturday.
People who follow off-road racing will recognize the name of the Mounds, Okla.-based company. Founded in Sweden in the late 1990s by former motorcycle racer Mats Malmberg, the former Swedish Highland Motorcycles AB reorganized and moved to the U.S. earlier this year. company president Mats Malmberg, 41; chief operating officer Chase Bales, 51 and chief financial officer Damian Riddoch, 37, died in the crash.
The three were returning from a business trip to Michigan when they asked to make an emergency landing at the Tulsa airport. They had originally planed to fly to another airport in Jenks, Okla., but reportedly ran low on fuel. Mr. Bales was the owner and pilot of the plane, a twin-engine Cessna 421 that crashed in a wooded area of a city park about 2000 yards north of the airport.
The death of the executives is a blow to the company, which had planned to roll out a new line of motorcycles and significantly boost production and sales over the next two years. Highland Viking Story HERE. It also hurts the U.S. motorcycle industry, which includes a number of small cottage-style manufacturers that build bikes and parts for specialized types of riding. Most of the major motorcycle manufactures are Japanese and sell hundreds of thousands of bikes a year compared with hundreds for many small companies.
Highland was known for building off-road bikes based on buyers’ measurements. They assembled bikes using a modular system of different frames, engines and other components. The company also provided engineering services to other manufacturers.
Baja Racing News.com
Posted by black e media at 8:50 AM Links to this post