Baja 300 Powerdays in Germany KAPUT! CANCEL! Its OVER! Exclusive BULLETIN

UPDATE! Armin Schwarz responds and reacts to the Baja 3000 Canellation:


"It is vitally important to have such reliable partners in business, and I’m lucky enough to have such partners. In fact many of them have become friends. But unfortunately there are people in our industry who are unreliable when it comes to making commitments and promises. And I have to say something negative at this point: Sadly, we’ve had to cancel the Baja 300 Powerdays which was planned for July. Too many sponsors promised and did not deliver. Too many people just didn’t understand that at a certain point in time you’ve got to commit to make things happening. And as far as the governing bodies are concerned – the sportive and the political – there is just too much ignorance and half-hearted reluctance. And to be honest, it saddens me to see the lack of decency and manners."

Despite several months of careful preparation and the continuous efforts of a dedicated team and selected partners, GSL is unfortunately forced to cancel the Event following a combination of factors independent from its control including:

* The incapacity of selected key third parties/business partners to honour their respective obligations in a timely manner with less than two and a half months remaining before the Event;
* The extended delay of certain sponsors to formalise/honour their declared commitments;
* The sudden and most recent decision of a national regulatory governing body to restrict the Event’s scope in relation to the rally portion of the Event.

GSL wishes to express their deepest gratitude to (i) the Fans who had already bought their tickets, and (ii) the Racers who had already registered their participation to the Event. Paid tickets and registration entry fees will obviously be respectively reimbursed.

GSL further wishes to thank its long standing partners who, despite these unfortunate challenges, have maintained to this day their unconditional support to the Event and to GSL’s vision of a motor racing concept entirely dedicated to the off-road Fans.

GSL is most grateful to its designated representative to the Event, German rally ace and Score International Off-Road Championship’s racer Armin Schwarz for his, and his friends’, efforts of this past year and unconditional support to the success of the Powerdays formula.

GSL remains totally dedicated to the success of the Baja 300 Powerdays concept and will ensure that its next event in a European country be implemented through blue chip financial and organisational partners with the support of regulatory bodies welcoming GSL’s initiative … for the great benefit of the off-road motor racing Fans throughout Europe. 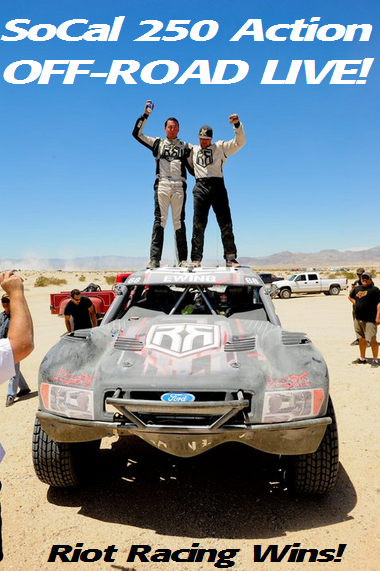 Posted by black e media at 2:00 AM Links to this post