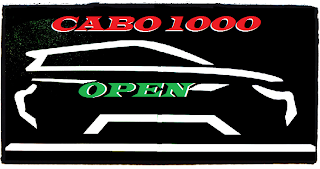 For the first-time in Desert Off-Road Racing history, modern sport utility vehicles have a place to play!

The CABO 1000 is now inviting modern, factory production cars and trucks into desert off-road racing, twice every year. The event runs from Tijuana to Cabo San Lucas, with a publicity parade from San Diego to the International border with Mexico. This years second event, the CABO 1000 'Blue'  runs from November 1-8, 2012.

LONG BEFORE SENOR PESCA, SENOR PEARLMAN and LONG BEFORE THE EKINS MARKETING STUNT, THE FIRST CARS toured Across the Peninsula IN EARLY 1900! BAJA CALIFORNIOS MADE DESERT RACING THE SPORT IN MEXICO!

Fiolka has announced he is no longer with Dirt Sports. It's about time.
The single most unreliable, caustic fathead in the business will no longer harm
Dirt Sports Magazine. All the numb nut ass-kissers will thank him for his work,
but those of us who had to deal with this overly self interested pussy now,
celebrate his departure. 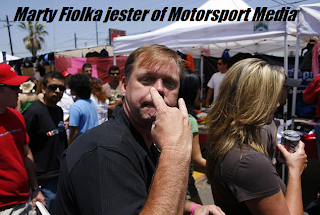 Raymond told Baja Racing News.com yesterday, "I subscribed about a year ago and have never received even 1 issue! I figured they went south".

Of the thousands of ripped-off "subscribers", people who have paid good money for their share of the fake desert off-road racing heaven, DIRT SPORTS lack of performance is beginning the stink, desert fans know all to well.

Chris Hall from El Cajon chimed in saying, "I haven't got my issue this month".  Another desert racing subscriber said, "Sal bought Dirt Sports so we only get three issues a year."

In a "sport" that promotes the deaths of eight fans at the California 200 and has had numerous dead fan mags over the years, racing readers are few and far between. Maybe if DIRT SPORTS had stuck with a 'pictures only' publication, would they still be in business?

Where is Marty Fiolka when the paying, ripped-off subscribers of his failed ass-wipe turns up dead on the side of the road? Hello Marty...Rust Never Sleeps!

Posted by black e media at 3:00 AM No comments: