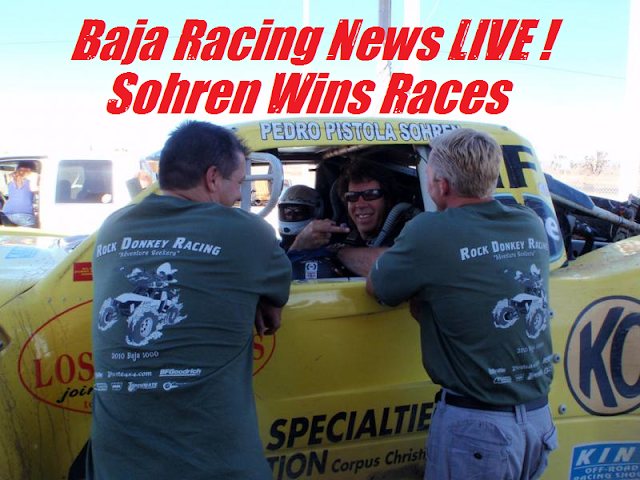 
"SIX TROPHYLITES for sale!...everyone BAILING before they are totally worthless to re-sell......donkeylite going DOWN THE DRAIN!!!"

Then one of Pete’s failed loser detractors said: “Look forward to running a TL in the Baja 500 against your truck in 7200. YEa i know last year we DNF'd. (Did Not Finish the race) thanks. BajaLite damage control would be someone hitting you in your fucking mouth.” He continued, “you constantly stir shit up, talk shit and insult your competition like you do. Not even just TL but Mason, Predators, etc. It shows because you only have one truck out there running for all this 40k in contingency money. So if your jaw was wired shut you might sell trucks.”


Pete slammed the discussion shut, describing how his program is WINNING: “its only jan. 23rd and the bajalite has already won 3 races, laughlin 1, laughlin 2 and last weekends MORE 200... my (business/racing) model was to EXTENSIVELY test the truck and parts before selling to the public and letting them be the test mules.....the bajalite prototype has won 14 or 15 races in less then 2 years WITH RENTAL CUSTOMERS driving it.....yes the bajalite wins the baja 1000 while ALL 4 trophylites DNF, do you see the difference? 1, 2, 3, 4, and 5 will be done soon, dont worry... sold bajalite number 4 today...”

Todd from El Cajon, is still trying to understand desert off-road racing has any
‘professionals’.

“a : participating for gain or livelihood in an activity or field of endeavor often engaged in by amateurs
b : having a particular profession as a permanent career
c : engaged in by persons receiving financial return
Posted by black e media at 6:37 AM No comments:

Saw the TV show today...FUNNY! Fifteen minutes in and they are still trying to sell this lackluster desert race!

They actually said, ""At 320 entries its the "Biggest on the Planet"!"". Yes, BIGGEST C-suckers on the Planet!

Travis Roffler and General Tires PROVING they are the biggest Tire Frauds...ripping off consumers, lousy tires and paying off certain racers to run inferior product. Travis produces another reason to laugh at these joke-sters!

Thirty one minutes into the show...finally shows the green flag! Another sell-job, attempting to perp-a-fraud on the viewing-tire consuming public!

Notice they never show a graphic of the race map. What a DUD course

Promote KORE Kroeker, another perp-a-jerk, pushing other racers off the race course! Desert racing is so proud of this speed-filled d-bag.

There's a target on Kents face, Is that the guy the Mexicans are going to 'take-out' next time he's in Mexico? GUNS GUNS GUNS

Mikey Childress, brainiac, "the mint IS JUST AS BIG AS THE baja1000 OR THE DAKAR". bbwwwaaaaa!!!

On the Sourapas passes a 10 car shot, graphically shows BFGoodrich, should be real happy about that one, "Flat Tire BFGoodrich Tires". 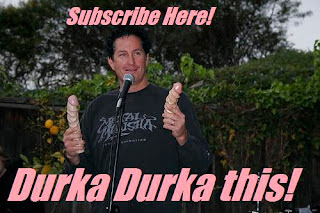 "BAJA Takeover" has a MONSTER CRASH

Millions if not Billions of dollars are spent in truck tires across the continent and the puny attempt by the nations largest domestic "supplement" drink, Monster meaning, too much caffeine even for an elephant and one of Frances largest corporations, Michelin, couldn't save the 'Baja Takeover'.

Monster Energy had attempted to wage a war against RED BULL, but failed. The "Takeover" collapsed when their website crashed during the event, on numerous occasions and failed to reboot. Vildosola Racing crushed the Monster athlete BJ Baldwin to win the BAJA 1000 Desert Off-Road Race, after BJ Baldwin remained the only driver in his Las Vegas based Trophy Truck for the entire 1100 mile event.

BFGoodrich public relations were stunned when they heard the news of the crashed "Baja Takeover" website. "We spent way too much money for this kind of failure", one BFGoodrich Tires rep said to Baja Racing News LIVE! late Friday, in La Paz, for the finish line promotions.

A case for MONSTERs BJ Baldwin could have been made, if he would have crossed the finish line first. Because of widespread Official race tracking failures and race radio relay network collapses, charges against the sanctioning body were made even before the first racer made it to San Felipe.

Editors Note: Fans of Baja Racing can count on Baja Racing News.com to deliver the goods on the desert racing details they seek. Remember when BITD thought computers were for doorstops, the SCORE site was dogpoop and forum race desert crashed? Do you really think those fails would upgrade if not for the real deal competition of BajaRacingNews.com?

Our goal is to get you the dish in the fewest clicks possible.
We don't say #1 without real content.

There was so much short-coursing in this years BAJA 1000, IRC is refusing to release any data to the public about the ACTUAL race tracks of the tracked racers, in this years event.