Racers question NORRA planning: "So who is all in for the Norra 500? it's not looking like there are many that have sent in there info yet on the web page yet. I was thinking that this was going to be a big show up like the 1000".

NORRA Announces the earlier route described by 'authorities is wrong. The actual route will begin and end on SCORE's porch, Ensenada!

"The National Off-Road Racing Association (NORRA) today confirmed details of a second vintage-themed event for this calendar year. Now officially christened the 2013 NORRA Mexican 500 Rally, the on and off-road competition days will take place over a three-day period from Saturday, September 28th through Monday, September 30th.

On the afternoon and evening of Friday, September 27th will have Technical and Registration activities in the historic seaside city of Ensenada, Baja, Mexico.

The following day will feature the CODE “Mexicana Logistics 300.” Using a new format, racers from both events will traverse northern Baja on separate and shared routes. While the CODE race will be completed in Mexicali, on Sunday, September 29th NORRA competitors will be challenged in a day 2 run from Mexicali to San Felipe.

The Baja Mexican 500’s finale will take place on Monday, September 30th with a race west to Ensenada followed by the awards ceremony.

The Baja Mexican 1000 "rally" format will be used for the Mexican 500 and consists of special stages (unlimited speed timed stages in the dirt) linked together by controlled speed liaison / transit sections (highway). Unlike the often harsh and deeply rutted race courses that are now a desert off-road racing staple.

Another note, there is no preunning allowed. Contestants will be provided chase routes, pit locations and mileage figures well in advance of the event, but will only receive GPS and official Route Books later."

Certainly the rally’s growing reputation as a deadly one, the comic relief goal of “The Happiest Race (now Races) on Earth”, is laughable after numerous deaths and injuries in recent times.

Marty Fiolka shooting down the original press release from NORRA: "just to be clear this is NOT the format/schedule NORRA is working on....we are finalizing the press release and it should be out very soon".

NORRA Announces the Obvious!
We already know all about your little secret event!
Announced on a Friday, means they really didn't want you to see this:

JANUARY 18, 2013: Armed with a now-proven track record of creating, promoting and hosting the latest form of desert off-road racing, the National Off-Road Racing Association (NORRA) today officially announced it will stage a second vintage-themed rally this year from September 25th to September 28th beginning and ending in Mexicali, Baja, Mexico. The yet-to-be named event will be held the same weekend as the more traditionally formatted 10th annual “Mexicana Logistics 300” race of the CODE Off Road Series, and will offer competitors a second calendar date to NORRA’s General Tire Mexican 1000 rally, which this year takes place from April 27-May 1.

In a unique partnership, NORRA will work on this event with CODE, a well-established Mexican sanctioning body that attracts a very large and enthusiastic group of local racers. CODE has been instrumental in helping NORRA with the complex logistics needed to hold the annual NORRA General Tire Mexican 1000 adventure.

While event details are yet to be completely finalized with Mexican officials, current plans call for contestants enjoying a complete NORRA Tech and Contingency day in Mexicali on Wednesday, Sept. 25th before heading south to the seaside village of San Felipe the next day. Day 2 of the rally will use various roads to reach the town of Ensenada on the Pacific Ocean. On Saturday, September 28th both the NORRA and CODE racers will merge in Ensenada for a combined race and rally back to Mexicali.
NORRA would like to thank Mexicali and Ensenada for their continuous support as we finalize the details of the event."" 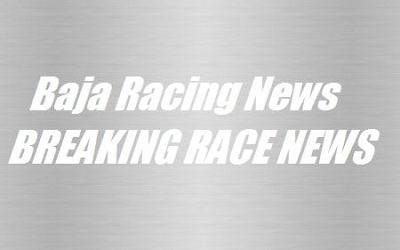 SCORE SHOCKED! New off-road racing event scheduled without consultation with the new SCORE ownership and approved by the cities of Mexicali and Ensenada

September in Laguna Salada! The garden spot of hell. Also, how much treasure is this going to cost? Three days of racing... Pearlman keeps saying, over and over, "its not about the money", he said it seven times in the interview yesterday.

Confirmed 1-9-13, in an Exclusive interview with  Michael Pearlman, owner/operator of NORRA. Here are the highlights of the interview:

Pearlman confirms NO contact with SCORE regarding the deliberations with the Baja California authorities.

Pearlman also confirmed, no-one was authorized to release the information to the press. So, why did the mayors office in Ensenada report the developments today?

Answer: Mexicali and Ensenada are desperate for any good news at all! No Americans are visiting Baja for the holidays and the tourism department will accept any proposal that brings international travelers to Northern Baja.