Sal Fish: "The Desert Intaglios were made by Pattons Troops, Not Indians". Sal, You Ignorant Slut! 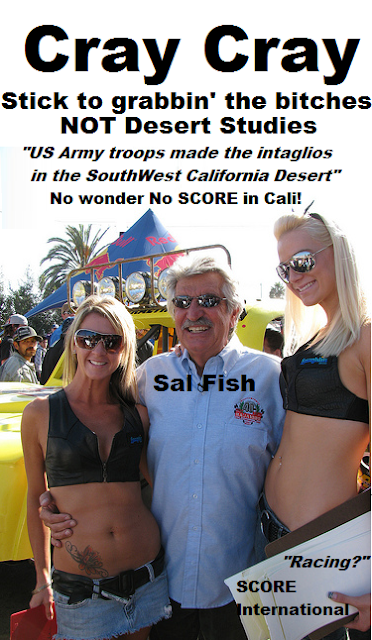 Insisting the Beaver Family of Parker Arizona is equally stupid, Sal Fish talks here about the California Desert Intaglios, which are actually thousands of years old, that the US Army, General Pattons troops, created the "Intaglios", during World War II training.

Fish, in this public interview, proves he needed to be put out to pasture. No wonder he didn't talk in public much during his tenure as the President of the damaged Off-Road racing organization.

More on the way...Gary Newsome, Editor Baja Racing News.com
Posted by black e media at 9:17 AM No comments: