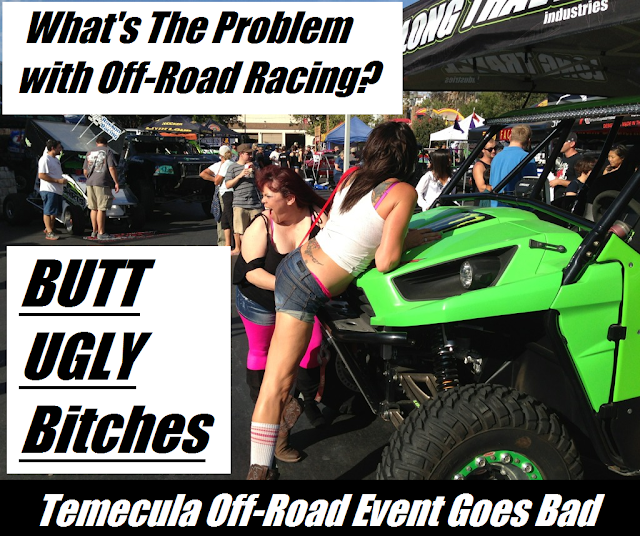 Posted by black e media at 9:45 AM No comments: 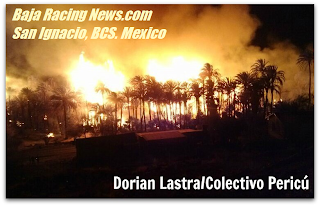 San Ignacio, BCS-A gigantic palm grove fire broke out in the large oasis of palms of this community, in an area near the Highway 1, behind the hotel known as RICE & BEANS.

The event happened on July 31. The hotel/restaurant survived the fire. August 2 Report, confirmed by MONSTER Mike via phone.

Groups of rescuers in the community have come together to fight the fire that has consumed a large sector of date palms in a line that is a bit removed from the main town, however at least thirty families had already been evacuated.

In an emergency telephone call to Colectivo and Baja Racing News LIVE! now, (10:30 PM, July 31), Dorian Lastra reported that the local volunteer group has more help on the way. Fellow firefighters from the Port of Santa Rosalia joined in the firefighting.
Although at times it seems that is controlled, the wind comes suddenly does not help much, so new count begins another day of fighting the flames.
The coordination of rescue workers safe has enabled families and, fortunately, are not reporting when injured people.
Still not specify the origin of the conflagration, although it is thought it may have been caused by people who are camping in the area and who come to the festival of San Ignacio 2013 concluding today and still do not know whether they will be cancelled.
Local ranchers are working with their personal transport water from wells to aid in the firefighting.