STAY TUNED TO THIS STORY! California Residents keep watch on Sacramento for these developments.


“Let us continue to build bridges that will unite us and not walls that will divide us,” Baja California Tourism Secretary Juan Tintos urged in his testimony to California lawmakers. 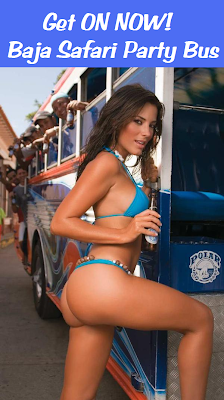 Sen. Ben Hueso, D-San Diego, is carrying legislation that would initiate a voluntary “enhanced drivers license” for California residents who frequently visit Mexico. The licenses would be embedded with technology that allows border agents to use scanners to read information from a distance, thereby helping move vehicle traffic through the “ready lanes” more quickly.

Without discussion, the Assembly Appropriations Committee postponed a final vote until later this month. Although license applicants would pay an extra fee to cover costs, the Department of Motor Vehicles estimates that launching the program will take $4.5 million.

“I am certain this will strengthen our relationship and economic ties,” Tintos said in his testimony,
In a later interview, Tintos said Baja California is enjoying one of its best tourism summers in a decade — up about 25 percent — as security fears ease and the region’s economy rebounds.

Its destinations also saw business drop off when the U.S. began requiring a passport for re-entry, which caused “people to think twice,” he said. The drug cartel wars also scared away visitors.

“We have made a great deal of progress on our side,” he said.
The California tourist dollar flows back to the state when Baja California residents visit San Diego area shops, restaurants and parks, Tintos said.
Hueso said studies indicate that California’s economy loses about $1.3 billion a year because of congestion at ports of entry. Wait times now average 70 minutes and at peak congestion it can take three hours to cross.

“We should ask ourselves: ‘Why are we not doing this?’,” Hueso said.
Jose Larroque, representing the Smart Border Coalition, told lawmakers: “The border is not only an incredible economic engine, it is also the gateway that allows ties among our communities — the flow of relations in health, education, culture and family.”

If signed into law, California would become the first state bordering Mexico to offer such a program. Several states adjacent to Canada already provide a similar license to about 100,000 drivers.

Tintos said Arizona and Texas are looking to implement a similar program.
By acting now, Baja California and the state of California will have an edge, he said. “We’ve got to take the lead,” Tintos said.

License applicants would have to be eligible of a U.S. passport, undergo rigorous security checks and pay more.

There was no opposition voiced at the committee. But privacy advocates have expressed concerns that the license could expose drivers to identity theft and government tracking because the readers are commercially available.

Gov. Jerry Brown has not taken a position on Senate Bill 397."" 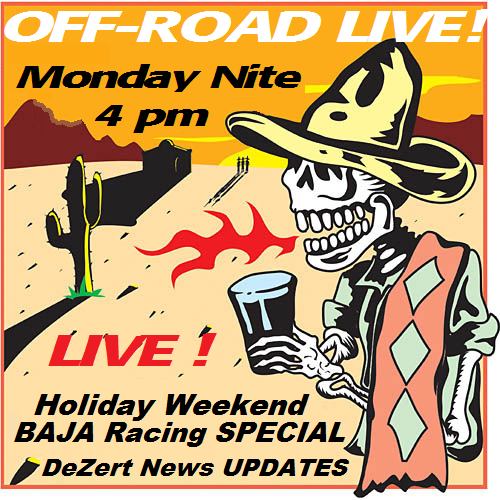 LIVE! FROM ENSENADA Baja California, Mexico , September 2, 2013 - Highway Reopens. Original Report: Sept 1, The Secretary of Communications and Transportation in Baja California reported that due to the intense rains south of Ensenada, transit is suspended on the Transpeninsular Highway for those heading southbound from the state to Baja California Sur.

The problems with the highway network are located in the stretch of washes at kilometers 155.7, at San Agustín and at 180.3 in Cataviña, on the stretch between Lázaro Cárdenas and Punta Prieta, where there are pools of water more than 5 feet deep and there are not alternative routes.


Traffic is suspended at 6:00PM Saturday. The wash is a concrete slab and it is hoped the damage is only silt deposits. The supervisor of the area is hoping that the conditions improve and they can reestablish traffic flows, reported the Secretary via a communique.

SCORE Admits TV Deal NOT DONE! After Over A Year of Ownership, Roger Norman Doesn't Have The Money Or A TV Deal 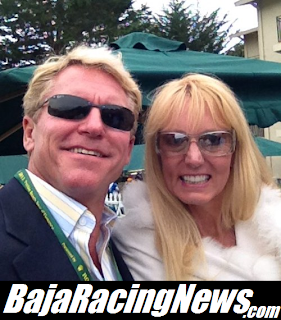 UPDATED! September 10:
The Voice of SCORE, George Antill has clarified this story by saying, "SCORE will be on NBC, statement out in the next few days".

A series of social media pics have been posted by Roger Norman, inferring a deal is being negotiated, right now.


Sept 3 UPDATE:
It was announced tonight on 'Dirt LIVE', that a new sponsor to the show was about to be revealed.

SCORE made the biggest announcement of its short new life, that MAV TV will be the center of gravity for 'televised' race events?

After over a year of controlling SCORE interests and we get MAV-TV...
Bob Pattisons luke-warm swill, (favorite definitions: "kitchen refuse and scraps of waste food mixed with water for feeding to pigs." & "low-quality beverages that are not considered suitable for human use")
the wannabe cable channel no-one receives. FAIL!

From the original press release at the time of the SCORE sale announcement:

“Races will be nationally televised in the U.S. [On MAV TV!? WAJ! ] and we will provide greater detail of our plans over the next two weeks. [ How about nine months! ] The vision of a world championship will be monumental for our sport." [ All insider reports indicate the "World Championship will be dropped in 2014 ]

"the SCORE TV Deal is not done, not paid for and just 'chalk on a drawing board'."

On the SCORE Message Board: SCORE Admin. said: "Direct from Roger Norman;

The World Championship of Desert Racing, which is the combined races of SCORE and HDRA for 2014, is working directly with Bud Brutsman, his production company BCII, and their entertainment agency partners on the development and launch of a season-long national television package to be aired on a major broadcast or cable network. Due to ongoing network negotiations, I cannot provide any further details at this time. We look forward to announcing our 2013 Baja 1000 and 2014 full season series television plans in detail soon."

In a press release dated December 22, 2012, officially announcing the Norman purchase of SCORE, the release said, "Races will be nationally televised in the U.S. and we will provide greater detail of our plans over the next two weeks." No details have been provided until today.


The purchase deal was done early in June 2012. So, after OVER a year of Norman ownership, it ain't done and ain't close to done.