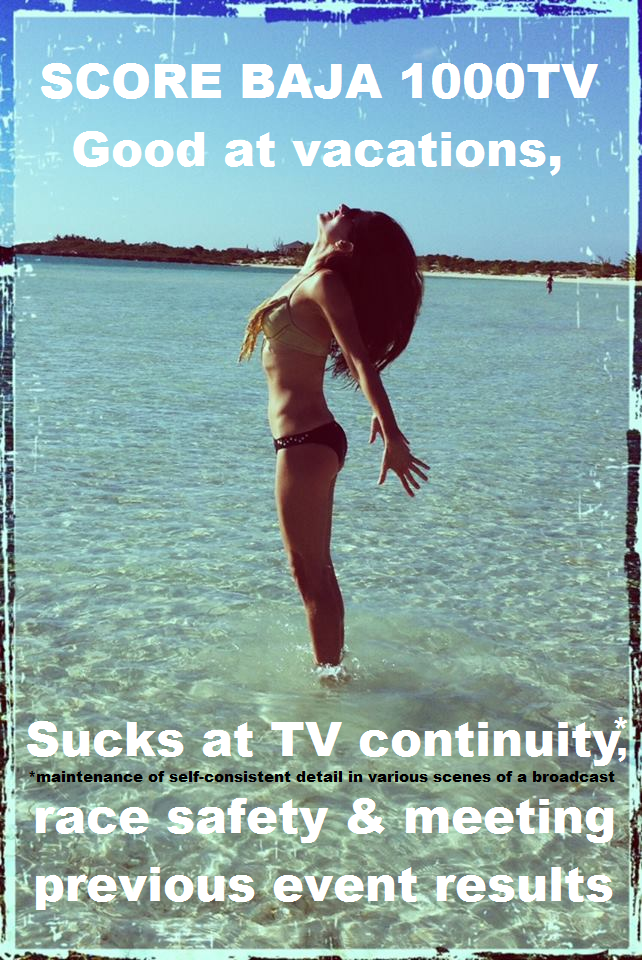 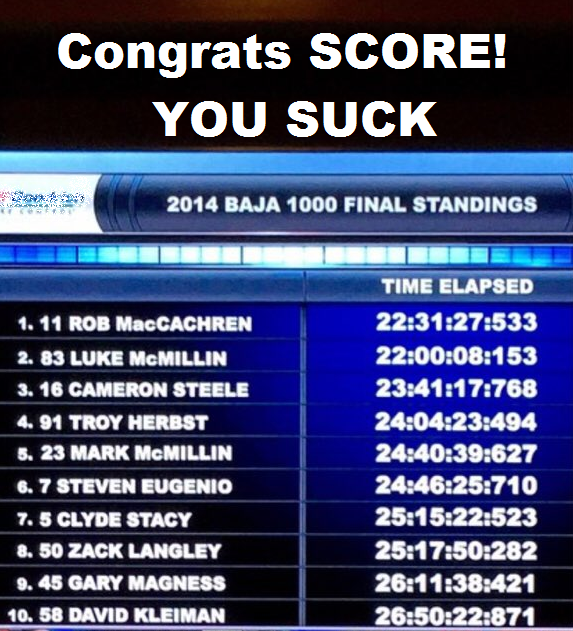 Comments from the Party of the Race Episode:

***"if you need the 'Jenners' to hype your race, you suck"
***"25 minutes of setup...pathetic, should have been told (setup) in 9 minutes, finally telling what happened in the race, at 42 minutes in, we finally get real race drama. after a first one hour show of las vegas, (yuk) only after nearly three quarters of the secondhour we get something real...too bad"

***"luv the no-no pros ads...shows how weak score is..."
***"at the end saw three pages of Trophy Trucks with nearly two pages of teams that 'Didn't Even Finish' DNF's"
***"robby gordon throws away baja 1000 2014 by having sheldon creed destroy his chances at a win, creed ran into a cactus and toyo tires loses its chance to knockout bfg tires..."
***"cbs sports spec...bowling and score racing lmao"
***"score: "baja 1000 goes off in central america" lol"
Some comments from tonight's party: "If the Baja 1000 is THE race, why is it only on cable?"


x [Qualifying Episode]"Hey Bud, Who talked you into an hour of this s***?
The obvious. Shooting at night, didn't work. The not so obvious, this (all the Las Vegas footage) material should have made up 10-15 minutes of the 2-Hours CBS has scheduled for the BAJA 1000 TV Show.

"The hardest race on the planet", "the relentless aggression of mother nature",??? GET ANOTHER WRITER-YOU HAVE A GREAT EVENT, DON'T S*** IT UP!

What a waste of an hour! SCORE has a great sport of desert racing and Roger Norman chooses to show the world, THE WORST EVENT EVER! How many times are these event organizers going to tell us how great they are?! THIS SHOW SUCKED." BajaRacingNews.com Review 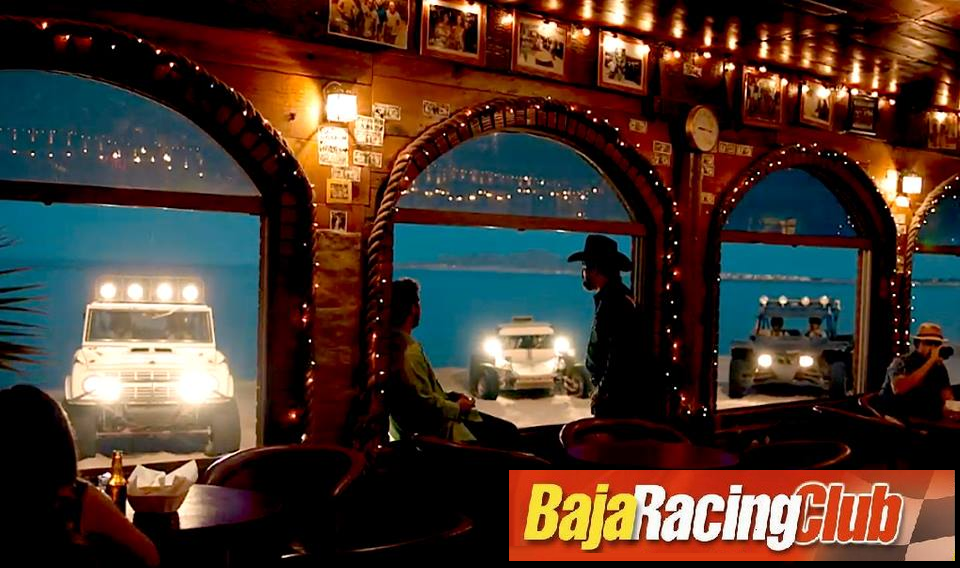 Posted by black e media at 8:17 AM No comments: