The victim in the Beaver crash in the recent Parker 425 says he'll be filing a claim against Jimmy Beaver and the Best In The Desert organization, an insurance demand on BITD's event insurance.

The City of Parker confirmed today, a claim againist the city of parker was filed on Friday.
More Loading... 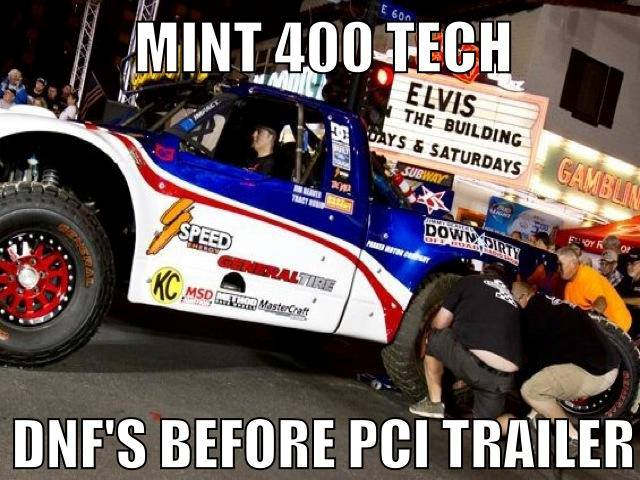 'entertainer' Jimmy Beaver claimed a group of people, a "hate group" caused "foul play" at the desert off-road race, Parker 425 contingency, prior to his terrible performance at the race trials, which he placed somewhere around the 80th position.


We say somewhere in the 80th position, because there are now racers claims the entire Best in the Desert 'Association' race trials ranking system failed on Thursday. 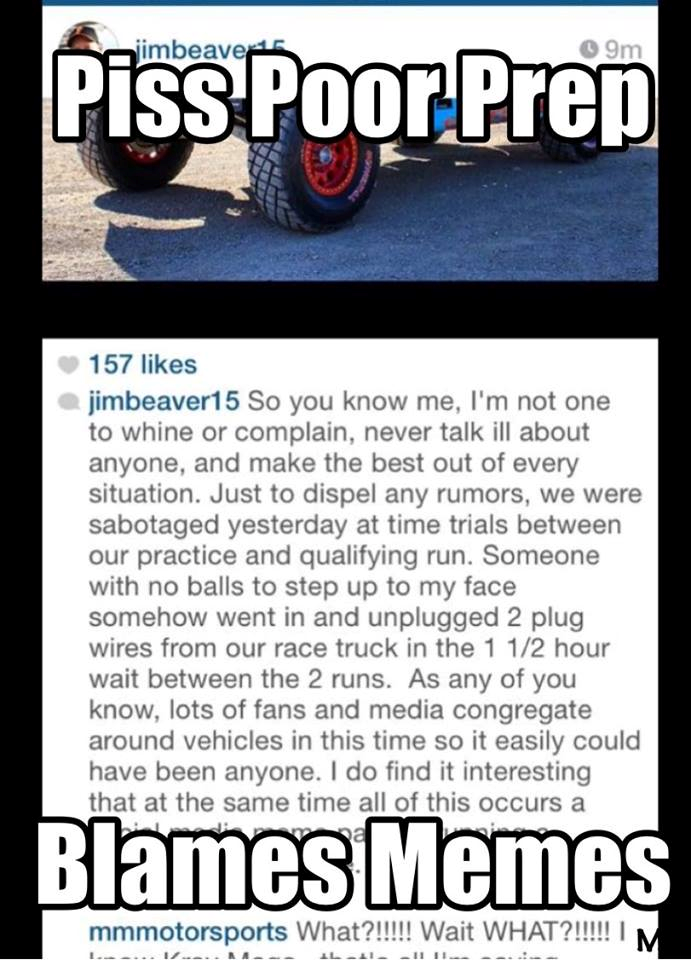 Here's what Jimmy the entertainer said at the time, “So you know me, I'm not one to whine or complain, never talk ill about anyone, and make the best out of every situation. Just to dispel any rumors, the #15 was sabotaged yesterday at time trials between our practice and qualifying run. Someone with no balls to step up to my face somehow went in and unplugged 2 plug wires from our race truck in the 1 1/2 hour wait between the 2 runs. As any of you know, lots of fans and media congregate around vehicles in this time so it easily could have been anyone. I do find it interesting that at the same time all of this occurs a social media meme page is running a campaign against me. Draw your own conclusions....” 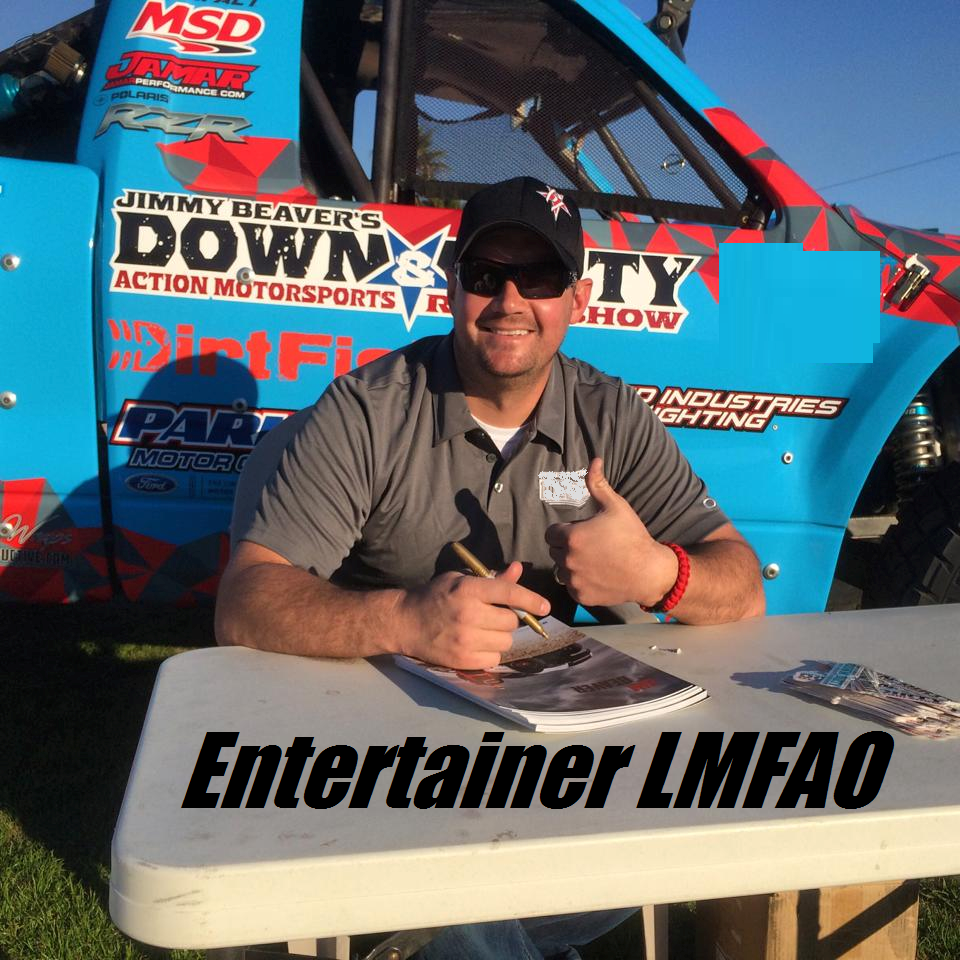 The group he claims caused his hobby truck damage are easily found on F-book 'The Memes of Off Road Racing', they responded: 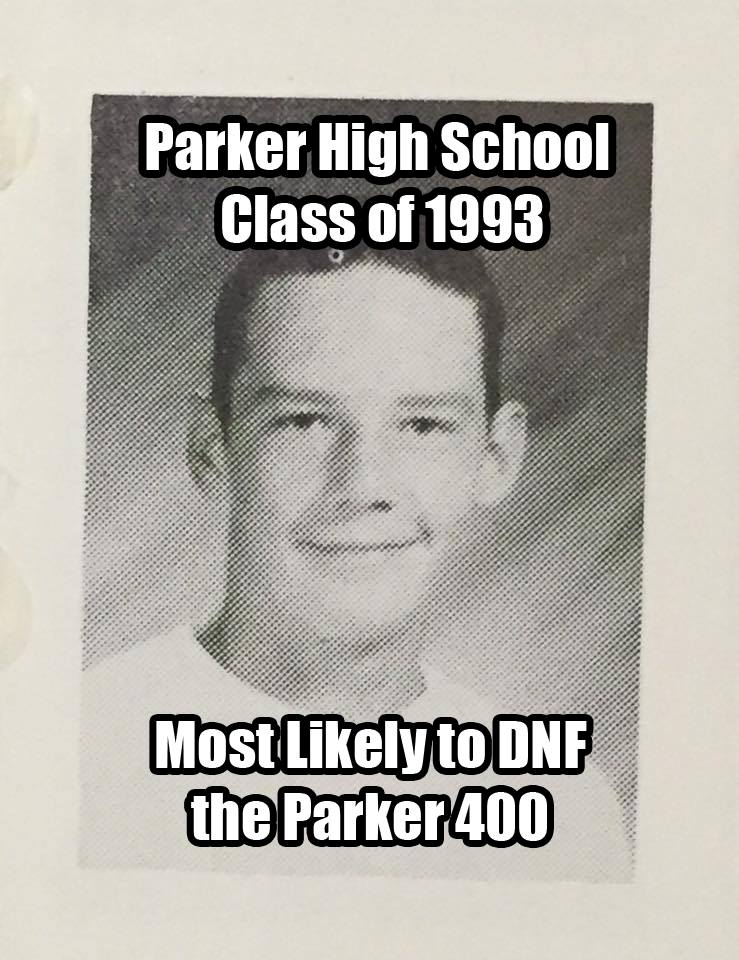 "While it is entirely true that the memes page makes fun of everyone (especially
Jim), its f***ing idiotic to think we would actually go out and f*** with a guys race car to mess up his chances on the track. I know we can be a**h**** but doing some f***ed up shit like that is not something we would be a part of. Figure out who it was and we will make them famous for real. Or go be like "Bobs Son" and blame everything except yourself when you fail.”

During the race event, Jimmy Beaver struck a 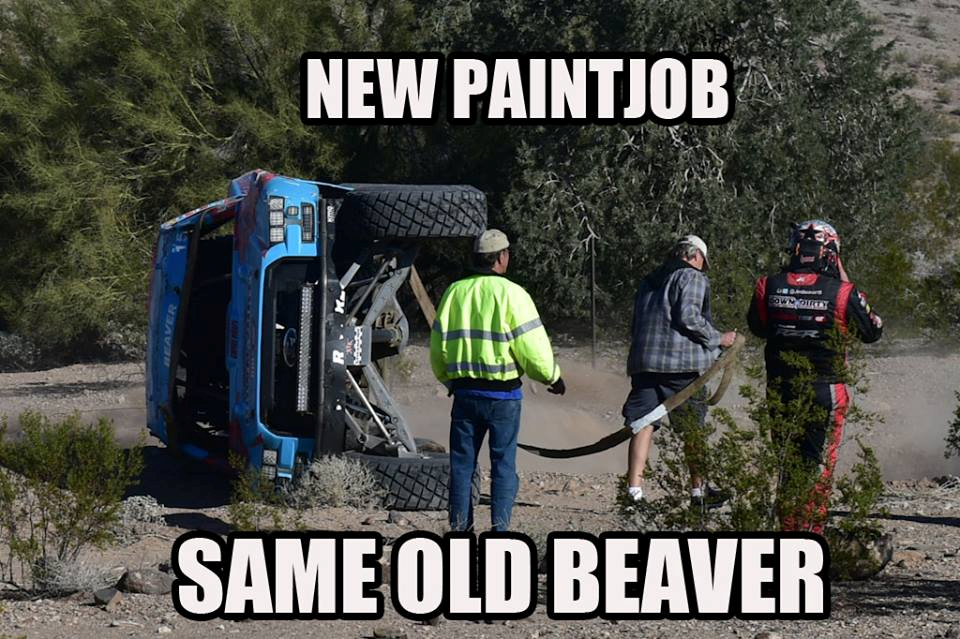 Obvious, because Beaver told his dad, the Mayor of Parker Arizona, he is suffering from a brain injury, like the "football players". More Loading>>>

Posted by black e media at 1:19 AM No comments: