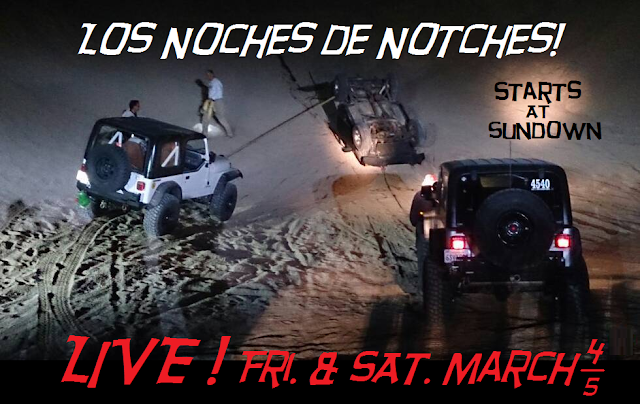 Join Us ONLINE or Saturday and Sunday Evenings, March 4 & 5th, Los Noches de Notches LIVE! At Sundown Via, Southern California Desert Highway 86, heading West, then turn onto North Marina Drive, the black doom pavement ends and turns into glorious magical dez, you'll come to a fork in the road (take it), stay right then you can head due North across the wash (Palm wash) and you'll run into the "Los Noches de Notches" 2016,
LIVE! on OFF-ROAD LIVE!

Posted by black e media at 7:22 AM No comments:

A dead body of a human being, was stuck in a Tijuana, Baja Mexico sewage pipe that caused 14.5 million gallons of mexican poop to fowl United States beaches.

The dead body has not been identified. Baja human health officials couldn't care less about the sewage crapping onto the states.

One official has called the sewage overflows into the US, "Trump Dumps".

"Federal officials said Tuesday that a body had clogged the pumps in the Tijuana River intended to prevent polluted water from flowing into the United States. As a result, about 14.5 million gallons of polluted water spilled over the border into the U.S. from Saturday night through Monday, according to the U.S. section of the International Boundary and Water Commission. The flows were a mix of treated and untreated wastewater. A cleanup crew in Tijuana discovered the body Sunday morning trapped in the intake screens along the river channel, which had also become covered with trash, according to Mexican officials.

Police in Mexico are investigating the death."

Baja Racing News is not holding our breath for answers, we will report>>>

UPDATE! June 2019
Shooting at the border crossing into USA!


American off-roader killed at the border, in shootout

He was killed by Border Patrol officers, after begining shooting a pistol out of his drivers side door window.

According to his mother, Eckstein suffered from concussions from off-roading and skateboard falls on his head. Reportedly, he struggled with depression and was recently diagnosed as bipolar.

More carnage from the off-road and skateboard populace from Southern California, Americans.

Pete Sohren, off-road death, struck by out of control off-roader, died because he failed to wear helmet; safety gear

CLICK HERE FOR THE BIZARRE BUT TRUE TALE
OF OUTRAGE AND MEXICAN TORTURES!

Lazaro Cardenas, (Ensenada County)-
Baja California, Mexico:
"An airplane belonging to the Mexican Air Force was attacked as it was patrolling in Baja California, reported the Secretary of National Defense in a press release.

The events occurred last March 20 as the airplane intercepted a Cessna with fake registration XB-EAH and XB-EAI, which landed 23 kilometers south of Lázaro Cárdenas, in Ensenada. The military airplane, which overflew the landing area was "the object of an armed attack by an undetermined group of people, and was not damaged. The attackers fled on foot in an unknown direction, said the ministry. In coordination, soldiers seized the airplane which contained black bags with packets of cocaine, weighing 700 pounds. There were also packages of methamphetamine, weighing 350 pounds and there was 90 pounds of heroin and two vehicles." 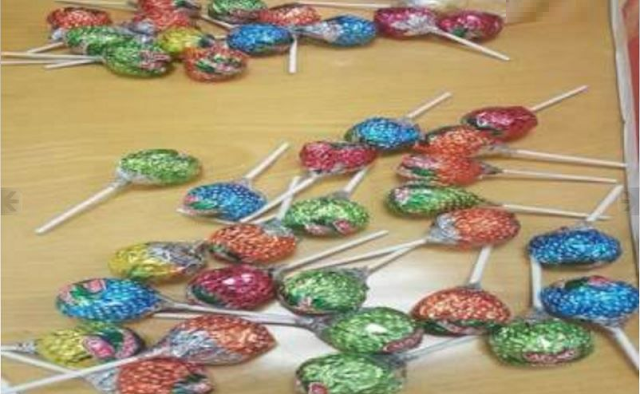 Police at Mexico City's international airport have found a load of lollipops with each piece of candy containing a capsule of methamphetamine.
The federal police say the freight shipment originated in the drug-plagued state of Sinaloa and was headed to Omaha, Nebraska, USA! That's why experts claim hispanics are 'family oriented! They feed USA kids METH LOLLIPOPS!!!
Police X-rayed a 9-pound box of candy labelled "Handicrafts and Candy." Inside, they saw the circular shadows of capsules inside the lollipops.Police said Monday that experts are still testing the capsules to determine their exact composition and weight. 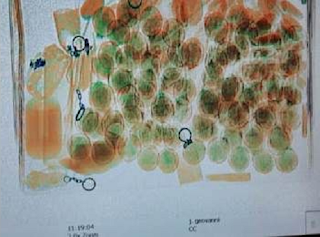 
MEXICALI, Baja California - A car thief is near death in the General Hospital, as a result of a supposed lynching.
Ministerial authorities are investigating if those responsible in the supposed aggression were the robbery victims, citizens and even municipal police.
Municipal Police carried out the arrest after an intense pursuit, but said the criminal fell.
When the arrested man was still conscious, he said he had been beaten by five people, without saying who.
Omar Mendívil Zavala, 29 years old, is in intensive care and has not been able to make an official statement, reported the Attorney General.
The father of the injured man admitted to authorities that his son stole the vehicle, but filed a formal complaint for the injuries that have him in grave condition.
Sources close to the case indicated that  Mendívil Zavala's injuries do not correspond to a simple fall, which is the official version from the Municipal Police.

Between 2013 and June of this year (2014), Baja California medical examiners have been unable to identify more than 1100 cadavers presented to them for autopsy.
Most of the unclaimed bodies have been buried in unmarked common graves in the cities where they were found, Dr. Francisco Acuña Campa, chief of the state forensic medical service, told the regional daily El Mexicano.
Baja California ranks first in Mexico in the number of unidentified corpses, he told the newspaper.
Of the unidentified corpses, 784 were from Tijuana, 248 from Mexicali, and 100 from Ensenada, Acuña Campa said.
In an effort to resolve the problem, the state Forensic Medical Service has developed a program that aims to reduce the number of unidentified bodies, he said.
Pathologists will keep detailed records of exactly where the bodies were found and four or five identifying characteristics of the corpses when possible. Relatives who believe they may have lost a family member in Baja California and have been unable to locate him or her can contact the state forensic service in Mexicali, the state capital, Acuña Campa said.
A website with a link to the program should be functioning soon, and through it, relatives from anywhere in the world can provide identifying information about missing family members. The agency will then try to match the information with data collected by pathologists. If a match is confirmed, family members will be permitted to claim the remains.
Acuña Campa speculated that many of the bodies are likely from Central America, noting that one body has already been identified by family members from Honduras.

Cattle Thief Strung Up, Outside of Ensenada

"A group of townsfolk lynched a man in the Francisco Zarco district of Ensenada for presumably stealing cattle from a corral, said residents of the area. One person has been arrested.
The first police reports indicate that on Thursday afternoon, an unidentified person entered a private property to take some cattle, but was caught by the owner, who with the help of other townsfolk in the area, decided to take justice into their own hands.
At least five people attacked the criminal with beatings, and he died while being taken to the Ruiz Health Center."