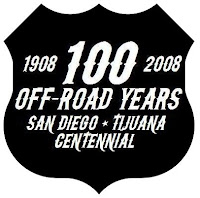 In March of 1908, several car company representatives in San Diego, decided to have a road race to Tijuana. In those days, rutted wagon trails ran to Tijuana. To a point, in many stretches, the wild landscape south of San Diego ran across dunes, arroyos and then across the Tijuana river and onto the ranchos of old Mexico.

The 1908 to course started from downtown at the Horton House, the site of the US Grant Hotel. The US Grant Hotel construction was delayed by the 1906 earthquake and a shortage of lumber. It was finally completed in 1910, the same year the renovation of across the street with a new fountain. The course ran to the the bull ring. The course ran along what would later become the track of the and railroad. On which on July 29, 1910, the first passenger train on the SD&A entered .

The first driving challenges were the sand dunes at the mouth of the Sweetwater River. After that, the mud flats near Palm City, where Interstate 5 now glides millions of drivers easily to their destinations, today. The draw of the race was the drving challenges and the publicity for the sponsors and their new "horseless carriages".

The first touristic draw in was located five miles south of the border. The natural of Agua Caliente, a haunted hot spring, a sacred weird water, was a tourist attraction for travelers who came seeking "the cure". A tradition still prevalent over a century later in , with inexpensive and alternative doctors, dentists and pharmacies. The at Agua Caliente later became famous as the site for the fabulous Casino Hotel Gambling Spa which was erected there in 1928.

The agreed finish line in was the social center of the community in those early western days. The bull ring, where all the ranches in the region brought livestock for business. 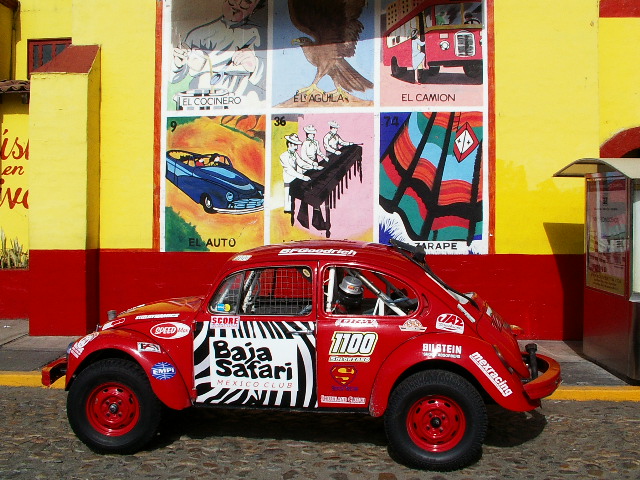 1908 was during the transformation period of from frontier village to sin city. The earliest Mexican customs office was opened by the border, and it, or the old ranch houses up-river, near where the big bus station is now, at ’s , became an important stop for stagecoaches on the road between and . The turn of the century, 1890-1910, saw the creation of Tijuana as a touristic destination for visitors from the United States, who were, in those days, called "excursionists," and who "came down to Tia Juana" to experience a bit of Mexican culture. Before prohibition really popped the cork!

Forces were at play which would create a different reputation. The "dark legend" - la leyenda negra - of as a city of vice and permissiveness, was about to burst upon the scene - a legend which would make famous in the eyes of both and the , and later, the entire world.

During this time, political reformers in the States passed laws against vice, namely prostitution, gambling, horse-racing and finally "recreational" alcohol. This process of banning the legal practice of ancient sins in the United States went hand in hand with the development of Tijuana as a city where Americans - especially Californians - could escape the restrictions of laws back home, attend a bullfight, gamble, bet on horse races, even legally purchase the use of a prostitute.

Only two years later, in the midst of the transformation from frontier village to sin city, came the events of 1910, when a band of mostly foreign adventurers messed with Tijuana. They were not Mexicans. They attacked and occupied the town of . Only after the gunfire ended did a bridge across the river, in 1916, finished construction. In 1916, a huge racetrack was opened barely a couple hundred yards south of the border crossing, located roughly across from where Pueblo Amigo now sits. There was regular train service between and the border, and the race track was an immediate success. Its bar/restaurant, the , became a very popular watering hole.

The racetrack greatly contributed to the growth of the dark legend - la leyenda negra - was, by 1916, already well underway. This reputation would advance to the next level the development of 's world-renowned legend - the dark legend - la leyenda negra - its reputation as a center of drinking and gambling and prostitution. , suddenly exploded into a metropolis. was branded and still is branded, but now in the 21st century with drugs and murder and kidnappings. From 1910 onward, this reputation became paramount, triumphing completely over the earlier vision of "olde Mexico on the frontier" - and military governors were appointed by Mexico City who came north to "take their cuts" from the Yankee "businessmen" of vice.

During this frontier era, in 1908, the racers course ran along the lowlands south of to the river. Without a bridge, the racers had to cross at the best spot you could find. During this event, west of the regular crossing, ranchers regularly crossed and directed the racers to what would become known as the “Smugglers Gulch” crossing. It’s where the river flattened out and shallowed.

Once across, the racers shot up the same canyon used by Father Serra when he originally crossed into the frontier lands of the . It was the back door into town, on the overlooking mesa at the top of the canyon, the racers drove east into downtown and the finish line, the bull ring.

San Diego has a rich racing history. One of the very first racing tracks in the world, started in San Diego. Long before Indy and Daytona, there was the San Diego racetrack for automobiles. CLICK HERE FOR THE EXCLUSIVE STORY! More loading…

Here's the story of the Baja Safari racing team racing Tijuana for the Baja 1000 40th Anniversary, running from Tijuana to Cabo San Lucas, in 2007. CLICK HERE!

This was to be the first race, road race, off-road race and motorsports event ever in Baja California, Mexico. In March of this year, 2008, the Baja Safari Mexico Club re-ran the historic race to Tijuana and celebrated 100 years of Baja off-road racing. And Baja Racing News.com has the EXCLUSIVE Story!
black e media at 6:06 AM
Share
‹
›
Home
View web version